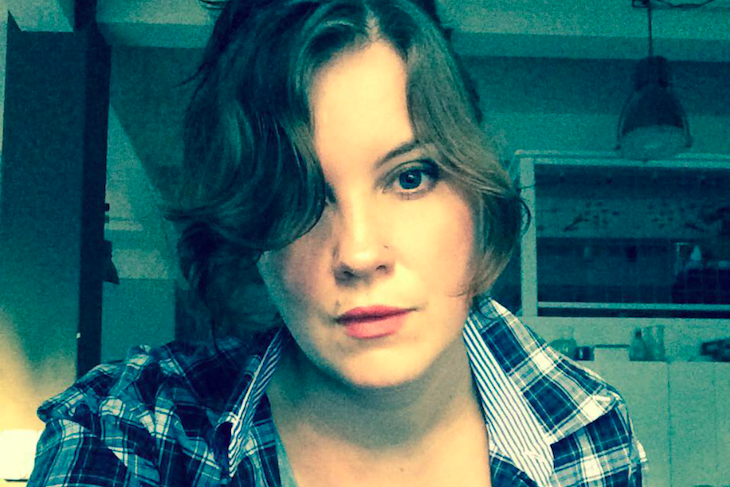 My cat Salvador’s first girlfriend was a pair of white rabbit fur earmuffs that belonged to an old roommate. He would cuddle the earmuffs, biting and licking the fur like a besotted suitor. It was an interspecies necromantic affair. I didn’t judge—love is love.

When I moved out, Sal took the earmuff loss hard. A few months later, a feather I’d purchased at a flower shop caught his eye. The feather was sleek and elegant, with a smattering of black spots running along the sides of the quill. Sal developed an obsession with the feather, so much so I kept it out of sight, hidden behind a mirror, in front of which Sal would sit looking up at it with plaintive eyes and whine desperately, as if calling to Rapunzel to let down her hair. When I let him have the feather, he’d drag it in his mouth, caveman style, to the bathmat, which doubled as a love den.

Salvador waited 13 years and 5,000 miles to get sick. I was on vacation in Lisbon with my boyfriend, Peter. Trump had been elected two days prior and I was wandering around gutshot, zigzagging through the byzantine streets of Alfama in a daze when my phone rang. The cat sitter had found Sal listless and taken him to the vet, who told me he was in renal failure and close to the end of his life.

Peter and I pushed through the rest of our trip, dousing our double grief with dark humor and cheap port. Still, lines to enter museums felt like funeral processions. I couldn’t pass a dog on the street without remembering when I first adopted Sal and his sister Fiona; I couldn’t pass a child without trembling in anticipation of returning home to the U.S. and looking Peter’s two young daughters in the eyes, certain that we had failed them.

When we returned to Seattle, we took Sal home from the animal hospital for one last night with us. A friend recommended a Russian vet who does house calls for euthanasia; he goes by the ominous yet well-suited moniker Dr. K. The next morning, a man in light blue scrubs got out of a matching light blue Prius and put Sal to sleep in our living room.

In the coming days, a new type of grief was named: Post-Election Stress Disorder. Waiting rooms in therapist offices overflowed. Sticky notes pleaded to commuters from subway walls. I’d wake up to the sounds of Fiona walking from room to room, sniffing around in the dark, looking for Sal. It felt like everything good in the world was being ripped away with brute force.

Peter’s daughters, who are four and six, live with us every other weekend. I didn’t know how to talk to them about the election; I didn’t know how to tell them Sal had died. I have a bizarre knack for blurting out dark realities of life when I’m around children. I’m also in the habit of bringing up complicated subjects that are beyond their understanding. I once tried to explain white-collar crime to Anna, who was five at the time. I stumbled through a clumsy explanation of embezzlement while she sat, nodding silently in the back seat of the car, clutching her monkey stuffie.

When the girls entered our apartment, before they could even shimmy their coats off, I just came out with it.

They both stared at me, unblinking. I braced for the sobbing.

“A veterinarian came to the house and gave him a shot and Sal went to sleep and his heart stopped beating,” I said. “Right over there.” I pointed to the spot where the deed had transpired.

“Where is he now?” Sadie asked.

“He was cremated,” I said. When she looked confused, I continued. “They burned him in a big fire and he turned to ashes.” It seemed I could only provide the most macabre explanation.

Anna walked over to where I’d pointed. “What did he look like when he was dying? Did he look like this?” She curled up into a fetal position and started twitching as if an electric current coursed through her.

“How many ashes is Sal now?” Sadie asked. “Is he a million? A billion?”

“I don’t know,” I stammered, my eyes filling with tears.

Sadie cocked her head. “You know, I bet if we glued all his ashes together we could make him into a whole cat again.”

We built a shrine for Sal, and we still include him in the good night song we sing every night. We wish for him, like the rest of us still living, to have sweet dreams.

Perhaps I talk to the girls in that direct way as a way of protecting them. Like if I shatter them a little, within arm’s reach, I can fix it. During these dark days, this unfolding nightmare of greedy men and emboldened misogyny, I want the girls to develop a healthy relationship with their anger and grief. I want to peel away the skin of adult condescension to reveal the raw, quivering truth beneath, and hope that this will eventually turn into strength. I want them to stare into it, feel their harsh feelings, without being shamed into silence.

This is how I love. This is what I mean to give them. I don’t know when we will be ready to let Sal go. I don’t know what the coming years under this administration will mean for little girls.