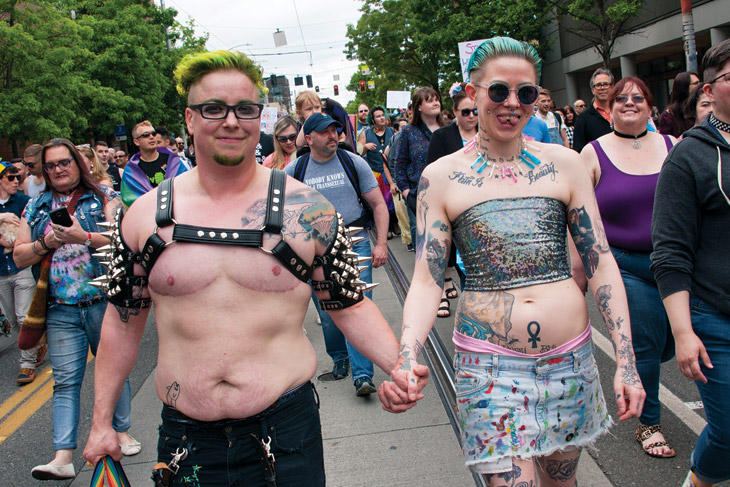 Top-notch, Technicolor signage (“We’re here! We’re genderqueer! Get used to it!”) was just the tip of the exuberant iceberg at the Trans Pride March on June 22, which wound its way through Capitol Hill before settling in at Cal Anderson Park for an evening of music, art and inclusive community. The sixth-annual event, organized by Trans Pride Seattle and Gender Justice League, supports our region’s trans and gender nonconforming community and hews closely to the grassroots history of LGBTQ activism—notably, they don’t accept sponsorships from major corporations.