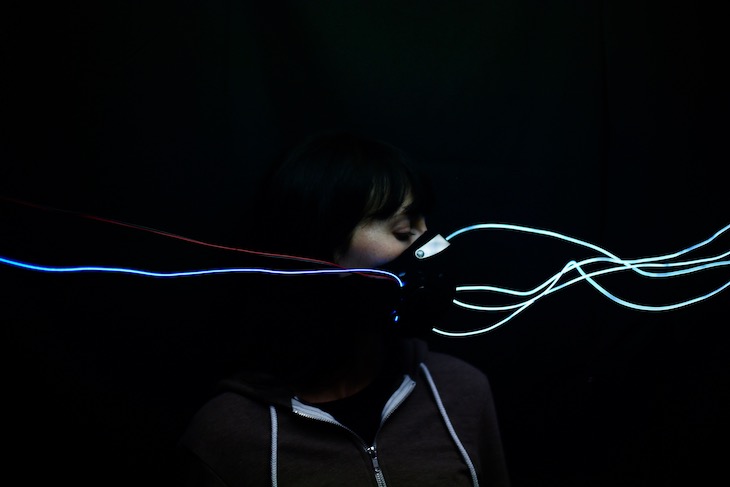 Here’s an inspired instance where the whole is greater than the sum of its parts, two Seattle artists fusing their individual oeuvres into a unique, unified expression.

Under the moniker Lotte Kestner, singer-songwriter-multi-instrumentalist-producer Anna-Lynne Williams has long trafficked in melancholy chamber pop, beautiful invocations that mine ominous tension through dynamic composition and intense quiet. Chris Cunningham is best known as the bandleader behind noir-folk crew Ravenna Woods, but in the past few years, he’s honed his chops as a visual artist, specifically in film and videography. Late last year he and Williams collaborated on their first music video, for the song “Ghosts,” from Lotte Kestner’s album Off White. Today we’re premiering their follow-up, entitled “Go to Sleep Now,” something of a sequel to “Ghosts” and also a product of Williams and Cunningham’s combined vision.

“After working with Chris on “Ghosts” I felt like I could trust him completely, whether that meant wearing creepy masks or subjecting myself to bright lights and smoke and blindfolds,” Williams says. “The whole shoot was a pretty surreal, out-of-body experience, from smoke that magically wrapped itself around doorways to lighting the sparkler for the outdoor scene with the last match we had left on a windy night.”

The song itself, Williams explains, incorporates a poem she wrote about driving toward Seattle in a storm on the highway, “a love song to the city in its soft haze.” Cunningham’s cinematography is sometimes similarly blurred and streaked with vertical lines; then it snaps into sharp focus to reveal strange and surprising imagery. Together the song and visuals strike a disquieting mood—one which feels all too appropriate today.