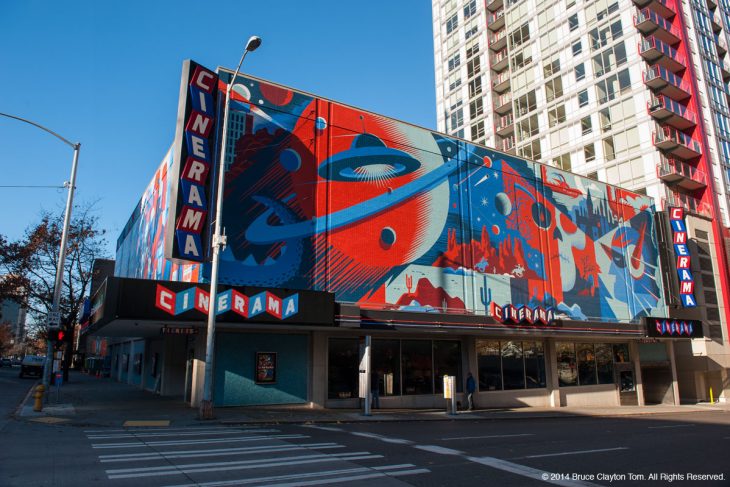 After all the weirdly hush-hush work being done down at Cinerama for the last several months, the downtown movie theatre has finally reopened its doors to unveil some truly awesome updates. Luckily, the revamp kept the theater in its full Space Age glory (Cinerama first opened in 1963, a year after the World’s Fair), but behind the scenes the projection technology is now state of the art. Also: comfy seats, local treats, and alcohol for sale. The future is here, and it is awesome. – Gemma Wilson 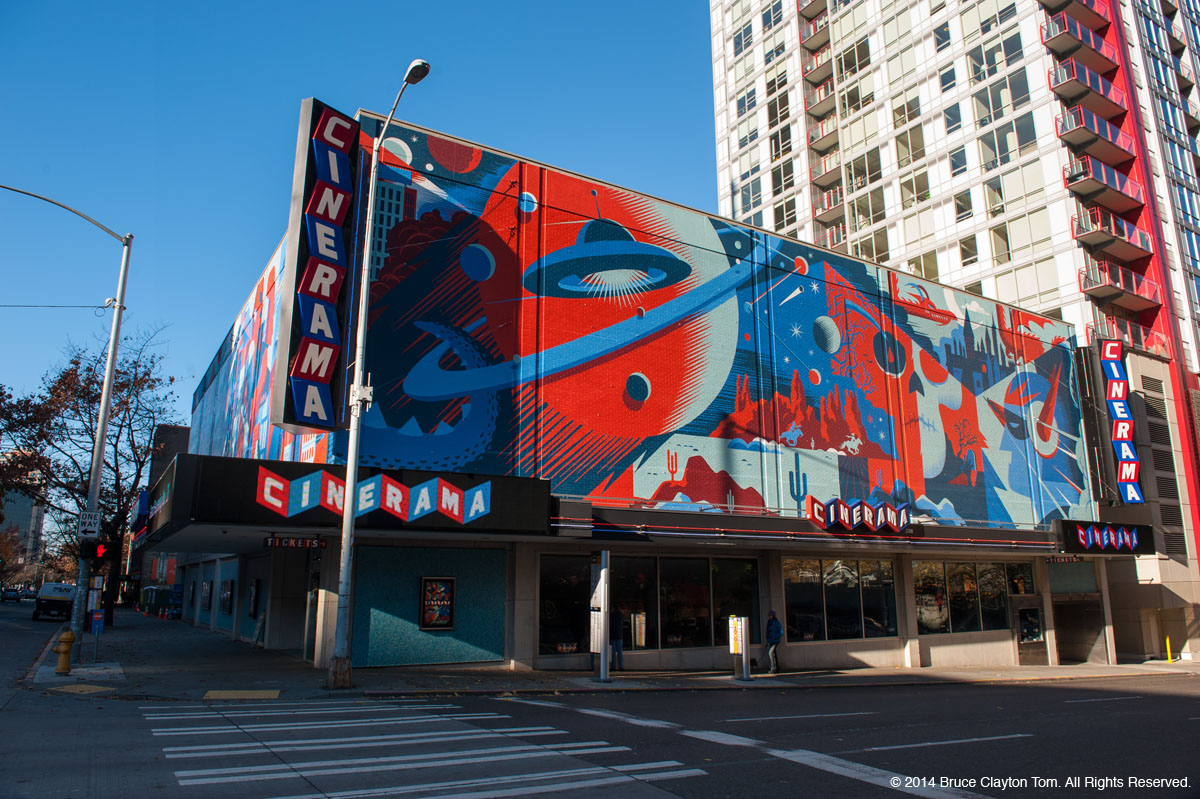 The formerly bland exterior has been splashed up with an approproately retro mural from badass design firm Invisible Creature. 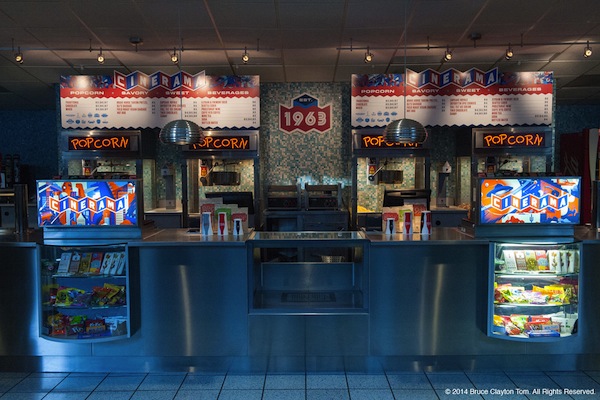 This is where the Jetsons would go to the movies, if the Jetsons wanted to eat locally-sourced snacks instead of food pills and microwaved pizza. 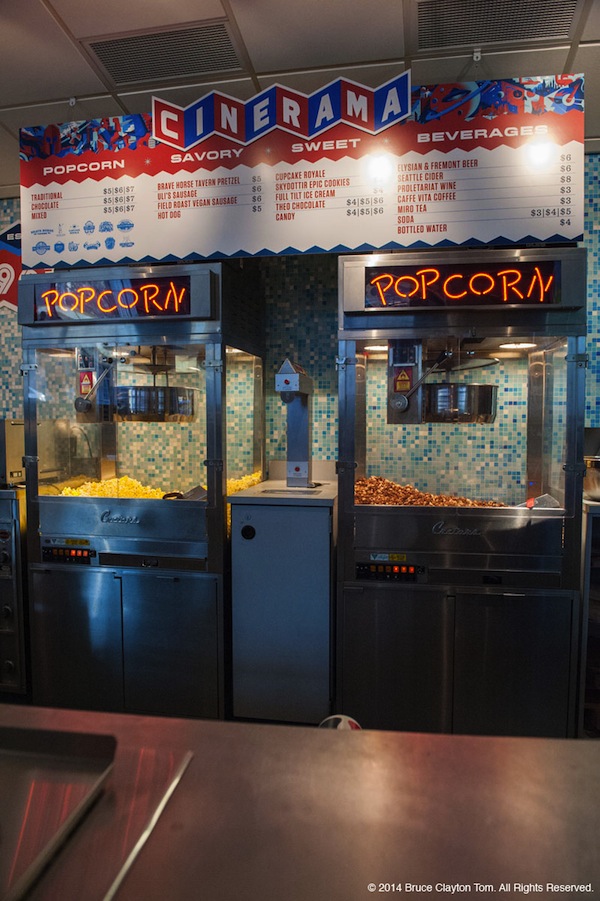 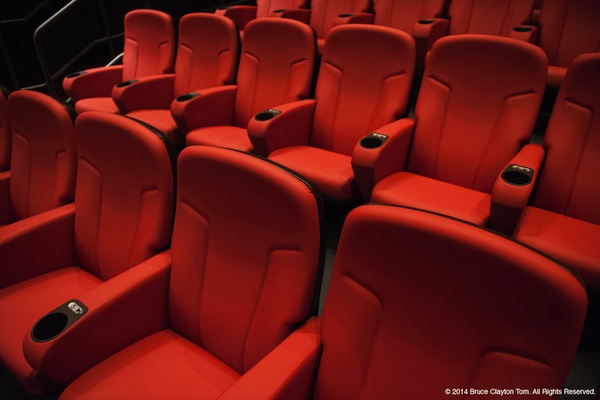 Wider seats and more leg room make for very comfy patrons. And, perhaps taking a cue from luxury theaters in bigger markets like LA and NY, all seating is now reserved, so there will be no more need to line up early or stake your claim with the old “sweater on the seat” trick. 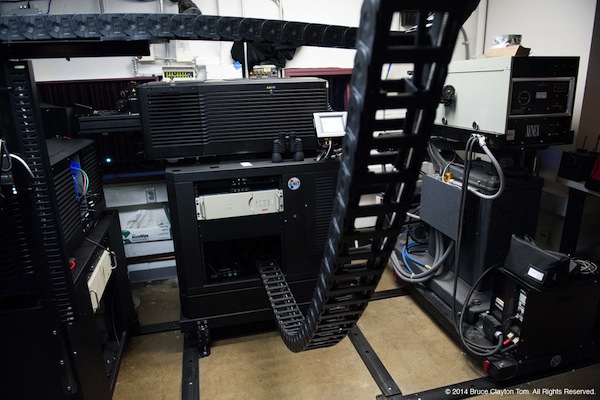 Here’s some of that behind-the-scenes magic: In the projection room, a new state-of-the-art Christie 6P laser projector has been added to theater’s existing 35mm and 70mm equipment and wonderfully old-school three-strip Cinerama projector. What does that mean? Without getting into the technical specs, 3-D movies are going to be off the chain. Crispy new audio comes from systems by Dolby Laboratories and Meyer Sound. 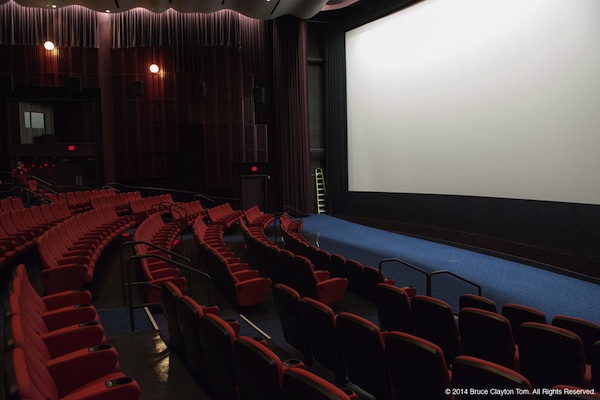 See? Look at all that leg room, brought to you by Cinerama owner and cinephile Paul Allen. Cinerama will officially be back in action beginning this Thursday, Nov. 20, with the premiere of The Hunger Games: Mockingjay – Part 1.