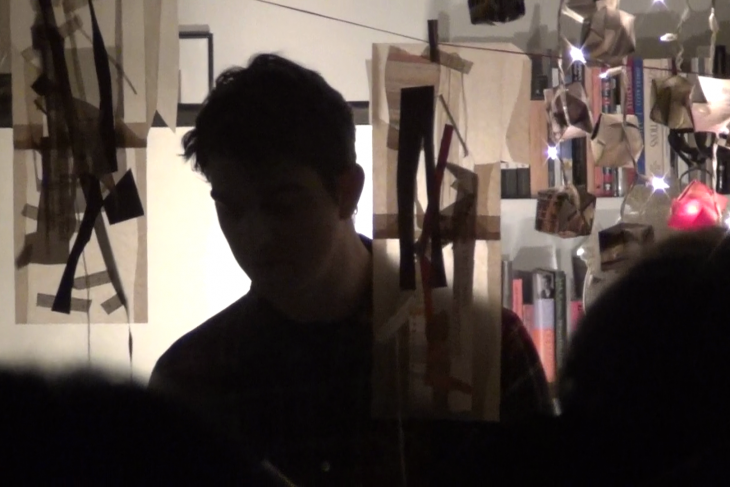 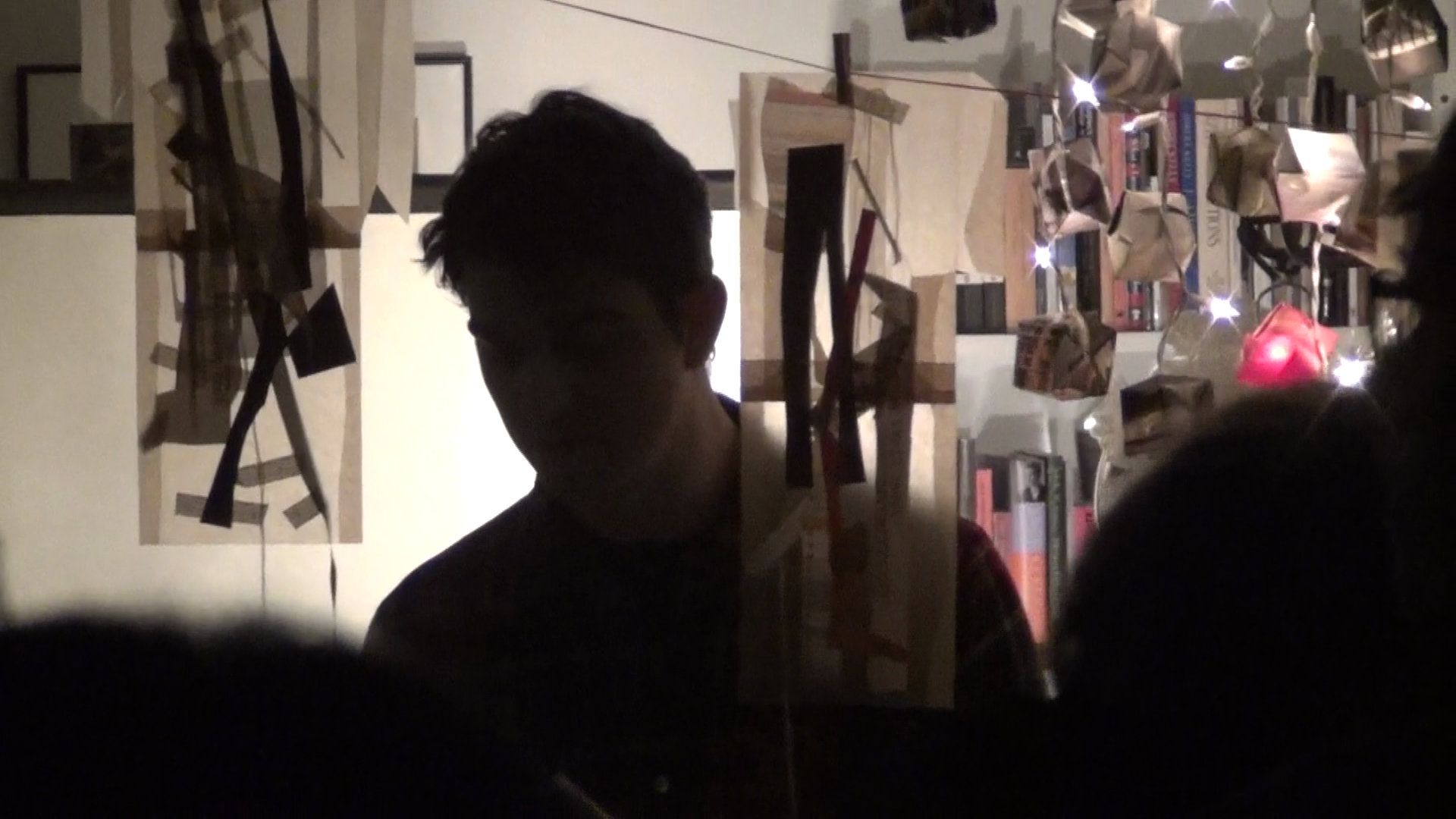 As last weekend’s legitimate rain and Seahawks hysteria died down and the dark grey sky was sliced with a golden sunset, an unusual reading took place at Wallingford’s Open Books: A Poem Emporium. The space, not much bigger than a basic studio apartment, was dark except for the smudges and vibrations of subtly placed candle flame. In the back, an equally warm light was created by the staccato blinks of a string of Christmas lights encased in Barbara Pronsato’s origami puffs, and shaded by wax paper “gobos” made by Sharon Alexander.

Alexander is a writer, artist and small press publisher who has organized interesting events at places like the Chapel, Heartland and Cullom Gallery. Her collaboration with Open Books beckoned passersby inside with a small video projection by Dean Keasey and a sound installation by Steve Peters.

Opened in 1995 by Christine Deavel and John W. Marshall, Open Books contains more than 10,000 new, used and out-of-print poetry titles, as well as books about poetry and a host of gorgeous zines, many by regional authors. On Sunday, four local authors read work in the dark, against a backdrop of Robert Hardgrave’s Xerox art transfers and compositions on silk.

“I allow associations, ideas and materials to inform what I bring to a space,” says Alexander. “I like cultivating dream-like insularity within attention to detail.”

On the unique staging space she created, the readers responded in kind. John Duvernoy positioned himself in between a pair of gobos as he began a series of short, linked poems. They reminded me of a stack of found letters, or pages torn from diaries, that you’d see reprinted in Found Magazine. That he seemed to be hiding, like a person can behind their hair, belied his calm voice and direct gaze; a courageousness I always think about when listening to poets read their lines.

Sarah Galvin has become one of my favorite writers in Seattle. I’ve seen her read work in a hole in the ground, beside a dumpster (both times on the NEPO 5K art walk), and have mentally catalogued her oversharing editorials for the Stranger in the same way I clip favorite responses from an advice columnist to keep close. At Open Books, she read a few “Midnight Haiku,” which you can read online, and a new poem called “From Under the Ground,” which knocked my socks off. Galvin’s work can be seen in upcoming editions of iO, the New Ohio Review, and PageBoy.

Summer Robinson was the final reader, and her three intimate pieces included a long, final one that spiraled out, up and down on waves of imagery and emotion. Robinson’s passion for words was evident to anyone who visited her store Pilot Books, which lived above Broadway from 2009-2011. Hearing her share her own poetry was a pleasure.

“I do my best to invite others in, so that everyone involved feels appreciated,” says Alexander.

Stay on top of her multimedia events if you want to experience a little something different this winter and spring.