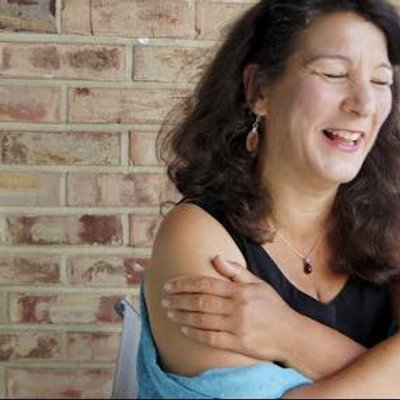 Susan Rich asked herself a lot of questions while planning WordsWest, a monthly literary series launched last November at West Seattle’s C & P Coffee. As a working poet, how could she create a viable forum among the city’s more established reading series? Was West Seattle’s lack of literary events due to the neighborhood’s fate as a geographic antipode, or was it simply that no one was trying? Did Seattle even need another series?

Together, WordsWest’s three founders—Rich, novelist Harold Taw and poet Katy E. Ellis—decided to bring together readers they wanted to see and hoped, by extension, “to bring the community with us,” Rich says. The readings have attracted crowds of roughly 50–60 people and Rich estimates that they draw from a non-writer crowd more than most small Seattle literary events, with as many of the half of the attendees made up of curious locals and C & P regulars.

What began as concern—would an audience come, and it would it return?—has led to the creation of a vibrant literary community. Rich credits the success of WordsWest in part to the coffee house and the role it plays as community hub. During our conversation here on a misty Sunday in January, a healthy level of kaffeeklatsch counters the café plague of laptop click-clack.

WordsWest chooses its readers in a unique way: The curators usually invite a single author to participate and encourage that author to find a co-reader. The two authors then read in a “braided style”—trading back and forth in a way that gives the event an informal tone. The braided format reminds the audience and the readers that “the reading is not a competition,” Rich says.

In October, poets Rick Barot and Lena Khalaf Tuffaha traded poems on the theme of politics and sold broadsides of Tuffaha’s “Running Orders,” itself something of a viral success, with proceeds going toward the Middle East Children’s Alliance. This fundraising has become a tradition for the series. The next month poet Kate Lebo (of Pie School) and Molly Wizenberg (of Delancey andOrangette) read their food-centric work and raised money for the West Seattle Food Bank the good ol’-fashioned way: with a bake sale.

WordsWest also reaches out to local businesses using former U.S. Poet Laureate Robert Pinsky’s Favorite Poem Project, in which employees of neighborhood businesses recite a favorite poem. Often, these poems are related to the evening’s theme, so a co-op employee chose a poem for November’s “Pie & Plenty” and a massage therapist will read for February’s theme of “Humor and the Body.”

Along with being an incubator for a nascent lit series, C & P serves as a stage for up-and-coming musicians. Rich warns me that today the live music starts at 3 p.m. Sure enough, just past the hour a young man takes the stage, his guitar painted in the image of a pink octopus, its sound hole acting as single eye (a cyclopstopus?). The conversations around us die down and a few music fans come in to fill empty chairs, one neighborhood crowd making way for the next.

WordsWest takes place on the third Wednesday of every month. On Feb. 18, Jennifer Munro and Sarah Steinke read at WordsWest on the theme of “Humor and the Body: The Perfect Couple.” March’s readers are Michelle Peñaloza (City Arts Future Lister) and Elizabeth Austen (Washington State Poet Laureate).