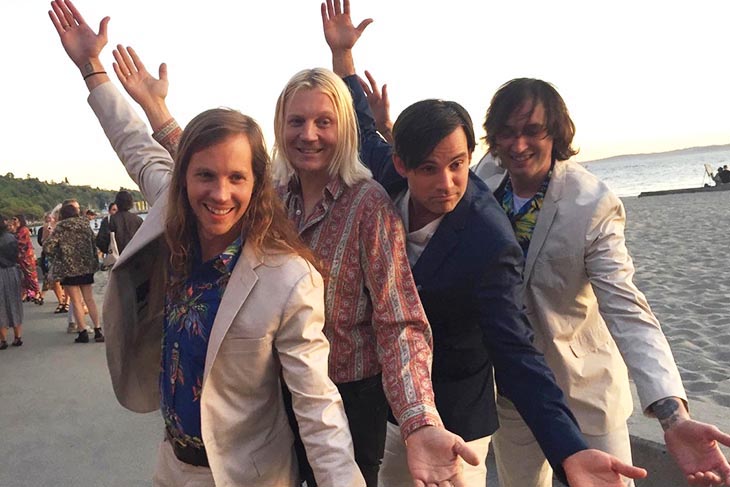 This enigmatic singer/synth whiz/nostalgia artist makes bedroom-beat excursions that’d come off as kitsch if she weren’t so keenly committed. As heard on a handful of recent Bandcamp releases, Raimondi applies layers of vocals over a wide swath of ’80s-inspired Casiotone minimalism, from digi-dub to industrial goth to this slinky slice of roller-rink electro.

With this upstart outburst, the four shaggy dudes of Head Band pack a lifetime of AOR awareness into 2:50. “Blown Away” contains the DNA of all the long-past but ever-righteous choogle-rock demigods—the Faces, Steppenwolf, Thin Lizzy, Creedence—recorded with a meticulous reverence for the tactile ambiance of analog tape.

The Trashies, “The Octagon”

The Trashies have always been playful provocateurs, but their new album veers from drug-damaged garage rock into straight-up Beefheart-esque dysmorphia. This title track is its driving force—like the liquid magma inside planet Earth, be glad that it exists; but don’t get too close unless you’re OK with singeing off your eyebrows.

As heard on Caldera, their brand-new fourth album, Polyrhythmics have transcended their Afrobeat origins and expanded deep into the cosmos, exploring mysterious velvety realms of beat-drunk soul jazz. The longer the massive, multiculti collective exists, the more excellent it gets.