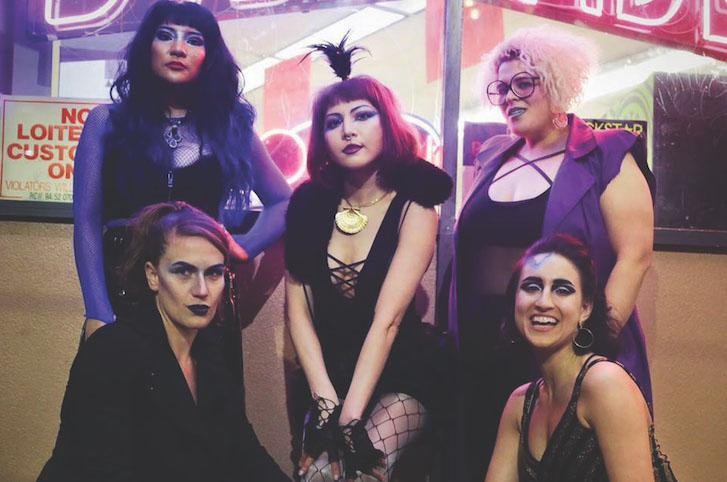 Razor Clam, “Maybe” This heavily themed quartet may or may not be comprised of actual mermaids. Either way, Razor Clam announces its goth-pop sensibility on the opener from their debut six-song EP, Vicious Sea Cows. Simultaneously moody and upbeat, glistening and dark, this siren song signals an intriguing new project.

Emily Donohue, “Bitterest Pill” As if her rich, resonant voice weren’t enough, Emily Donohue also wields a sharp and sensitive intellect. The young singer-songwriter-guitarist brings the whole package—along with a host of panoramic indie-rock arrangements—to her debut album, which stretches well beyond her ukulele-strumming early EPs.

Sandrider, “Armada” All over their third album, veteran grunge-metal trio Sandrider manages the musical equivalent of threading a bulldozer through a dark alley, heaving their Rainier-fueled rhythmic tonnage against riff after meticulous riff. It’s heavy music for lighthearted people, especially on this wicked title track: The ears say YES while the brain says OUCH.

solotape, “Pieces” Just when you thought you’ve explored every corner of Seattle’s music scene, you stumble onto a tiny local label that’s been putting out wicked electronic music from around the world since 2015. In this case the label is Budget Cuts and the minimal techno is by San Francisco’s solotape: “Pieces” churns on piano and percussion, an earbud earworm as subtle as it is sinister.