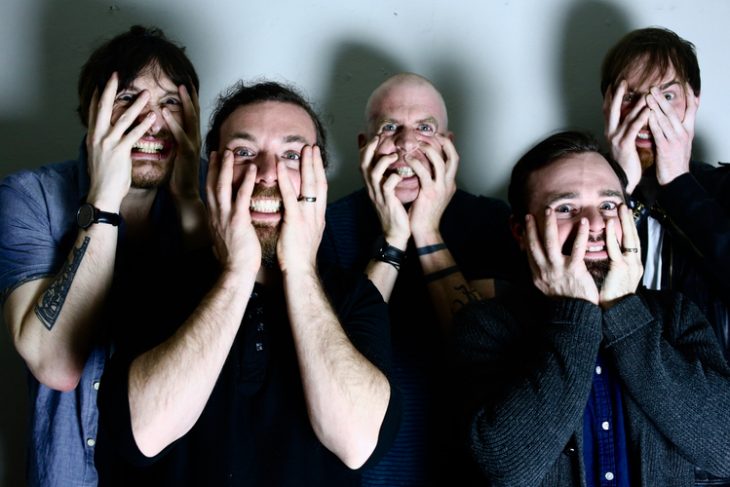 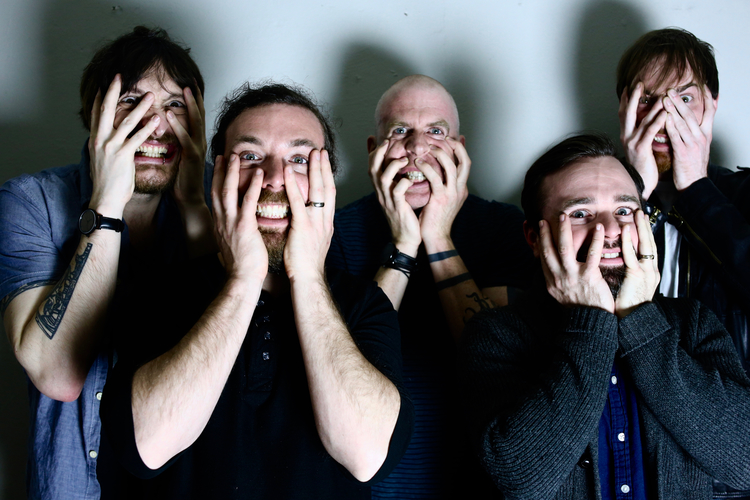 On May 16 at Seattle’s Town Hall, feminist author Andi Zeisler teamed with media pioneer Amelia Bonow for a ranging discussion about Zeisler’s new book, We Were Feminists Once: The Buying and Selling of a Political Movement. After 70 minutes of conversation centered on capitalism’s appropriation of feminism into a series of consumer spectacles, the floor opened to Q&A for the approximately 200, mostly white, mostly female audience members. It was at this point that an elderly white man stepped to the microphone to lecture Zeisler and Bonow about the meaning of the word “bitch.”

“I was brought up to respect words,” the man said, addressing himself to Zeisler, who co-founded Bitch magazine in 1996. “And the point of calling a woman a bitch is not the right thing to do—unless, of course, the woman really is a bad person, and you want to call her a bitch.” After the audience’s audible despair at the man’s remarks died down, Zeisler offered a thoughtful response. “When we started a magazine for women who speak up, we realized that people would call us bitches,” she said. “So we wanted to call ourselves bitches before our enemies could.” But it was Bonow’s reply that elicited the loudest audience reaction and captured the zeitgeist of the evening: “It’s audacious for you to come to an event like this and suggest that the oppressed should monitor the words they use. At this point, in a world where women are denied basic human rights, the tone of our opposition must be matched.” The audience then booed the sexist scrooge from the microphone.

Just as the America of Leave It to Beaver eventually turned into the America of Sex and the City, the event moved on and left the man behind. Nonetheless, Bonow’s barb hung in the air. The tone of our opposition must be matched. The statement could be the pinned tweet for a generation of disaffected women who endure online harassment, wage disparities and onslaughts on their reproductive rights. It might also have been the epigraph for Lindy West’s new memoir, Shrill: Notes From A Loud Woman, published May 17 by Hachette Books.

Shrill is the story of West’s path to self-acceptance as a writer and self-proclaimed fat woman. West condenses stories from a life spent under the microscope of a slim-obsessed society into 260 pages and 19 pithy chapters. In so doing, she’s authored something like the plus-sized version of Ta-Nehisi Coates’ Between The World and Me—a self-embodied retrospective on the “katamari of triumphs and traumas” she’s endured in 34 years of living as a big woman in a world with no space for her.

As an epithet, “shrill” has a long history of being applied to outspoken women. The first use of the word as a pejorative dates back to a 1926 survey about negative male reactions to female radio show hosts. As with Bitch, the title Shrill races to the finish line of anti-feminist backlash before the opposition can get there. Accordingly, several canonical voices of insurgent feminism echo in West’s book: the acerbic wit of Barbara Ehrenreich’s The Worst Years of Our Lives (1990); the commitment to first-person perspectivism of Alice Walker’s The Color Purple (1982); the coarseness of Andrea Dworkin’s Intercourse (1987). West adds to these the relatable prose of a Tumblr celebrity and the timing of a stand-up comic, creating a narrative voice that is new but nonetheless rooted in a historical struggle for equality.

In We Were Feminists Once, Zeisler describes how feminists have been led to accept the symbols of progress instead of actual political gains. Ever since cigarette companies started marketing smokes to women in the era of the suffragettes, consumption has been confused for liberation. Zeisler’s high-level historical assessment of the limitations of the corporate-centric “lean in” brand of empowerment follows the tradition of Nancy Fraser’s sharp writing on the subject. West takes a different tact. In Shrill, “the opposition” that Bonow spoke of at Town Hall is less theoretical and more personal. West does her part to match their tone.

In the chapter “Bones,” West bitterly recalls strangers who told her to her face she needed to lose weight. When she discusses beneficiaries of thin privilege in the chapter “You’re So Brave for Wearing Clothes and Not Hating Yourself,” she wields the pronoun “you” like a switchblade, forcing the reader to reckon with personal prejudices rather than structural forces. Even West’s recollection of a wrenching saga—wherein she tracks down a Twitter troll who impersonates her dead father—personalizes the bullies who assail women from behind the digital veil. In the culture war against fatness and female liberation, West’s chosen weapon is not the academic reprisal but the well-wielded story.

West—who co-founded the #ShoutYourAbortion hashtag with Bonow in 2015 to encourage women to share their stories about abortion—was born in 1982, an on-the-cusp Millennial. She came of age as a writer in the polarized 2000s, the divided decade that popularized the “blue state/red state” paradigm. In Shrill, she describes writing her first-ever celebration of fatness in the alt-weekly The Stranger in 2006. That same year, TIME magazine made “You” its Person of the Year for “seizing the reigns of global media and framing the new digital democracy.” The cover of that issue was a mirror, highlighting digital media as a space for endless self-reflection. Like a battle rapper trained in the verbal jujitsu of the freestyle cypher, West mastered her combative craft on this broken social scene of post-9/11 political fracture and ALL CAPS INTERNET ARGUMENTS. In Shrill, it shows.

To the many detractors who shout anti-Millennial diatribes into the digital void, the staircase wit and “little victories” of Shrill might read as the work of a typically self-centered Gen-Y narcissist. In the chapter “Hello, I Am Fat,” West rehashes a bitter dispute with a chauvinistic higher-up at The Stranger that took place entirely online. Anecdotes like these—complete with indulgent excerpts from personal e-mails and already-published articles—point to the considerable limits of online communication as a means of conflict resolution. At Town Hall, Zeisler expressed regret that there is still a sexist society for Bitch to correct, 20 years after the magazine’s founding. Ultimately, the world she and West would rather live in will not be constructed with online banter but with real life engagement.

In Shrill, West teeters and tweets between the physical and the virtual, all while pointing to a social structure in which there are no trolls left to slay. “We’re all building our world, right now, in real time,” she writes in the book’s conclusion. “Let’s build it better.”