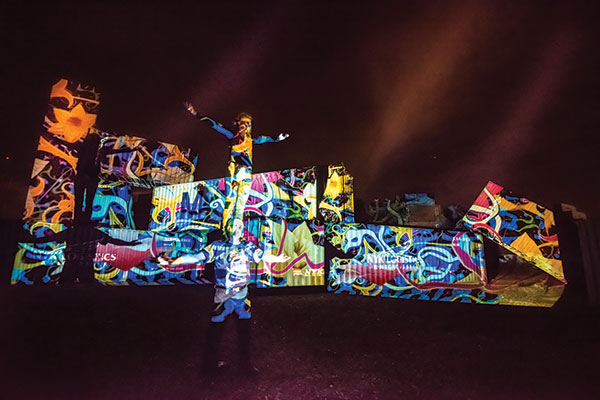 “Its intent is beyond just a sculptural object—it’s about defining a space for creative exploration. It’s a project that becomes a lab for testing out theories, and this was as much a performance as it was R&D to find out what is possible for future events. We had a band that performed inside one of the containers, we had projections inside the containers. It was exciting to see everything not just for myself but through other people’s eyes, and to see that they were as exciting in reality [as they were] in my head.”

–Christian French, whose shipping container-sculpture “Estuary” was installed in South Seattle throughout the summer as part of the Duwamish Revealed project. In mid-October, the space was activated for the last time by acrobats Jason Williams and Evelyn Bittner, who performed in front of video projections by Sean Capone, Water and Light Project.