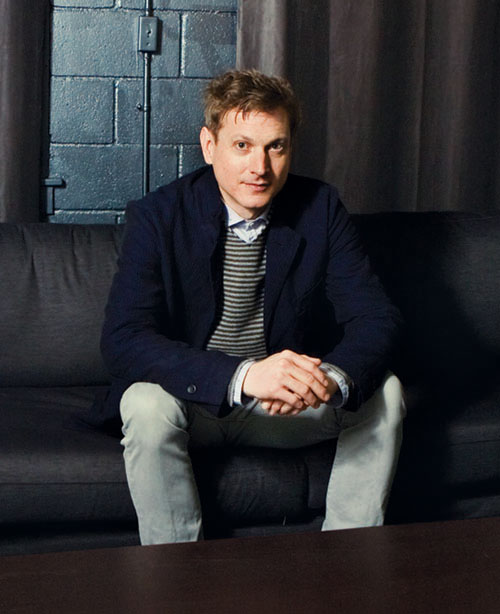 BEGINNINGS Wentworth studied portraiture at the International Center of Photography and NYU and worked full time as an editorial and fashion photographer, covering style for  and assisting virtuoso shooter Guy Aroch. In 2012 and ’13 Wentworth photographed both President Barack Obama and Hillary Clinton. “It was a bit surreal, incredibly exciting and sort of nice to know that I could pass the Secret Service screening process.”

THE LOOK “Classic simplicity. I’m not interested in sticking out with my outward appearance. That being said, I’d always rather be a bit overdressed than underdressed—I think Oscar Wilde had that one right. For everyday, an Oxford shirt, V-neck sweater, fitted trousers and a pair of desert boots. For dressing up, a refitted, ’60s British suit, Band of Outsiders button-down, cashmere socks and a nice pair of shoes always does the trick. I have a pair of Varvatos Oxfords that I’m quite fond of at the moment.”

THE FUTURE “I dreamed about owning something like Flutter Studios back when I lived in New York. Shooting in there is heavenly. There’s a vibe that just lingers in air and the space seems to drip with inspiration.” Wentworth is scheming workshops for photographers, filmmakers, stylists and designers to bring together regional and international talents. Flutter is also becoming a laboratory for music experimentation. Recently, guests have been privy to special performances by Benjamin Verdoes, Ravenna Woods and Sean Nelson. “I want a place where established bands can work out new songs or try projects with new collaborators in front of small crowds.”