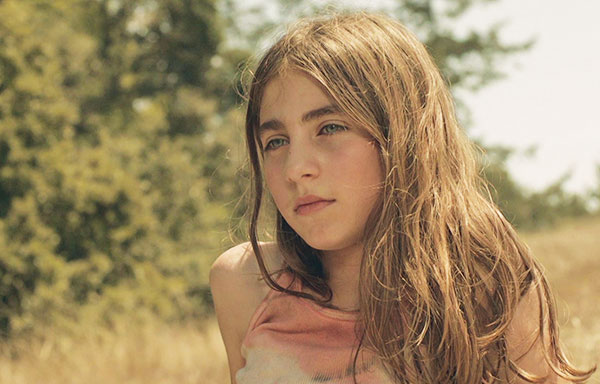 Period details and family dysfunction intertwine in Lane 1974, a feature film written and directed by Seattle-based filmmaker SJ Chiro. Chiro’s feature-length debut chronicles the trials of a 13-year-old girl, Lane, who begins the film as part of a Northern California hippie commune during the 1970s. Lane’s idyllic existence is threatened when her fiery loose cannon of a mom burns bridges with the rest of the commune, pushing the family into an increasingly futile search for physical and emotional shelter.

The film is based on Clane Hayward’s 2007 nonfiction memoir, The Hypocrisy of Disco, but its subject matter also skews close to Chiro’s own experiences growing up in Northern California communes. Her father, a university professor of art history for a time at Sonoma State University, and her mother, a Bryn Mawr-educated poet/musician, started two communes in Sonoma County. For many years, Chiro lived between the two communes, often in hand-built houses with no running water or electricity.

“It’s something I always knew that I wanted to talk about, but I couldn’t quite get a distinct storyline. It just felt overwhelming,” she says of the commune lifestyle. “But when I read Clane Hayward’s book, I was astonished. She grew up exactly where I grew up. Everything she was talking about, I knew. I knew the locations. I knew the smells of the places. I knew people like those adults and those kids, and I’d experienced those situations.”

Chiro attended Bennington College in Vermont, graduating with degrees in theatre and French literature. Immediately after graduation she migrated to Seattle, where she became active in Seattle’s theatre scene, acting and directing for Annex Theatre and becoming its creative director in 1998. Throughout her theatrical career, Chiro contemplated filming some of Annex’s productions, but didn’t turn her focus to filmmaking until the early 2000s. Chiro then directed several acclaimed short films, continuing to shape Lane 1974’s script during her off-time.

Tania Kupczak, a friend and production designer for 2014’s My Last Year with the Nuns, introduced Chiro to Nuns producer Jennessa West on set. The two women hit it off. By that time, Chiro was assembling a production crew for Lane 1974; a producer’s slot opened, and West reached out to offer her services.

Lane 1974 shot for 15 days in Northern California last summer. Then, Chiro estimates, the film shot for another 12 days in Northwest locations around Carnation, Snohomish and Phinney Ridge. She and her production team made a concerted effort to maintain its Northwest crew in each location. “We brought a bunch of Northwest crew with us to California, as much as we could afford to,” she says.

Another high priority for Chiro and her producers was keeping Lane 1974 female-driven. Most of the film’s department heads, and its editor Celia Beasley, are female. “It’s something that’s really important to me; that women’s stories get told on film and that women are able to tell them,” she says.

Lane 1974 was still very much a work-in-progress when Pressing Pictures submitted it to the South by Southwest Film Festival a few months back. The film’s embryonic state had her worried. “It wasn’t the final cut, so it didn’t have the final sound or the final music,” Chiro says. “Ideally, you want to submit a beautiful, pristine film [for programmers] to compare to other films. So it’s doubly nerve-wracking when you’re submitting a film that you know is not quite done.”

Chiro’s fears turned out to be unfounded. SXSW’s programmers selected Lane 1974 for its Narrative Spotlight series, giving it a world premiere with prominent visibility among industry heavyweights and potential distributors.

“Festivals like SXSW are the ones who are quietly leading from behind and breaking down barriers and busting through the molds,” says West. “That’s what we were trying to do with Lane 1974. It indirectly talks about a time in our American history where the counterculture was on the rise, and our consciousness as a country was shifting dramatically.”