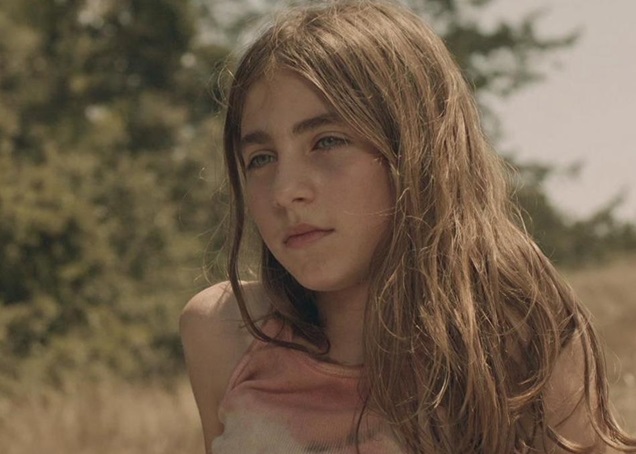 The cup of cinema runneth over with period coming-of-age dramas. More often than not, they get the cosmetic details right. Only a select few, however, get beneath the surface of their settings and under the skin of the era depicted.

You can put Lane 1974 on that rarefied short list. At its best, Seattle-based writer/director SJ Chiro’s feature debut creates a sense of time and place so effortlessly immersive, it almost feels tactile.

The film unspools through the eyes of Lane (Sophia Mitri-Schloss), a young girl who serves as the de facto second (and often only) parent to her little brother and sister. Hallelujah, Lane’s mom (Katherine Moennig) is a narcissistic hippie whose abrasive, uncompromising nature burns bridges until she and her three kids find themselves living a nomadic, uncertain, hand-to-mouth existence journeying up the west coast in the early ‘70s.

Lane 1974 doesn’t so much march methodically from point A to point B as wander, unhurried, along its own path. The sometimes languid pace and sun-bleached cornflower beauty of Sebastien Scandiuzzi’s cinematography establish an atmosphere that slides back and forth between dreamlike haziness and dusty reality. Chiro and company also make a virtue of budgetary necessity. The evocative new tunes that populate the soundtrack sound like they’ve been beamed in straight from the era, but don’t come pre-weighted with the cozy familiarity and easy emotional triggers surrounding more famous (and famously expensive to license) vintage top-40 hits. There aren’t a lot of familiar pop-culture touchstones to detract from the ambiance, either, an apt reflection of this dysfunctional family’s relative isolation from civilization. As a result, the viewer feels the same sense of disorientation and discovery Lane herself faces as she navigates the world.

Despite its inherent gorgeousness, the world of Lane 1974 is a rough one. Hallelujah’s pursuit of an anti-establishment lifestyle may be a laudable one in theory, but in practice, it subjects Lane and the rest of the kids to severe emotional wear-and-tear and probable physical malnourishment. The character of Hallelujah represents one of the movie’s gutsiest creative choices: She’s a patently unfit parent who’s so self-absorbed, and so oblivious to her children’s discomfort and unhappiness, that most audience members will want to smack her repeatedly (hats off to Moennig, who renders this character as fascinating as she is frustrating).

If Lane’s mom seems a bit much, it’s important to note that the movie is partially based on Clane Hayward’s mother as depicted in her non-fiction memoir The Hypocrisy of Disco, so the subjectivity of a child’s-eye view is par for the course. And Mitri-Schloss is nothing short of revelatory as Lane. With her large, expressive blue eyes betraying her guarded exterior, she’s never less than 100 percent believable, and a riveting emotional focal point.

Some might find Lane 1974’s ostensible lack of a three-act structure off-putting, but that deceptively loose-limbed approach serves a much higher purpose. Whether it’s a wonderful throwaway scene with Lane receiving an impromptu makeover from a charismatic older teen, or Lane’s dive into a garbage can to retrieve some discarded cookies for her and her siblings, Lane 1974 is all about using little moments to paint a nuanced picture of Lane’s—and, in its own subtle way, the entire country’s—journey of self-discovery through some exceptionally tumultuous growing pains.