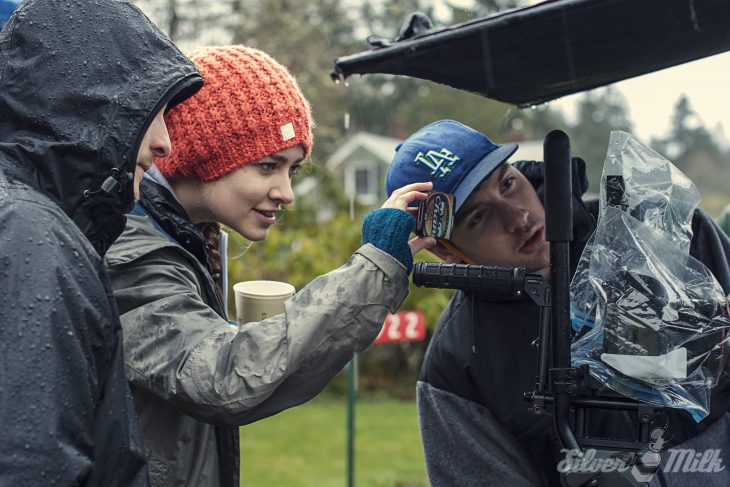 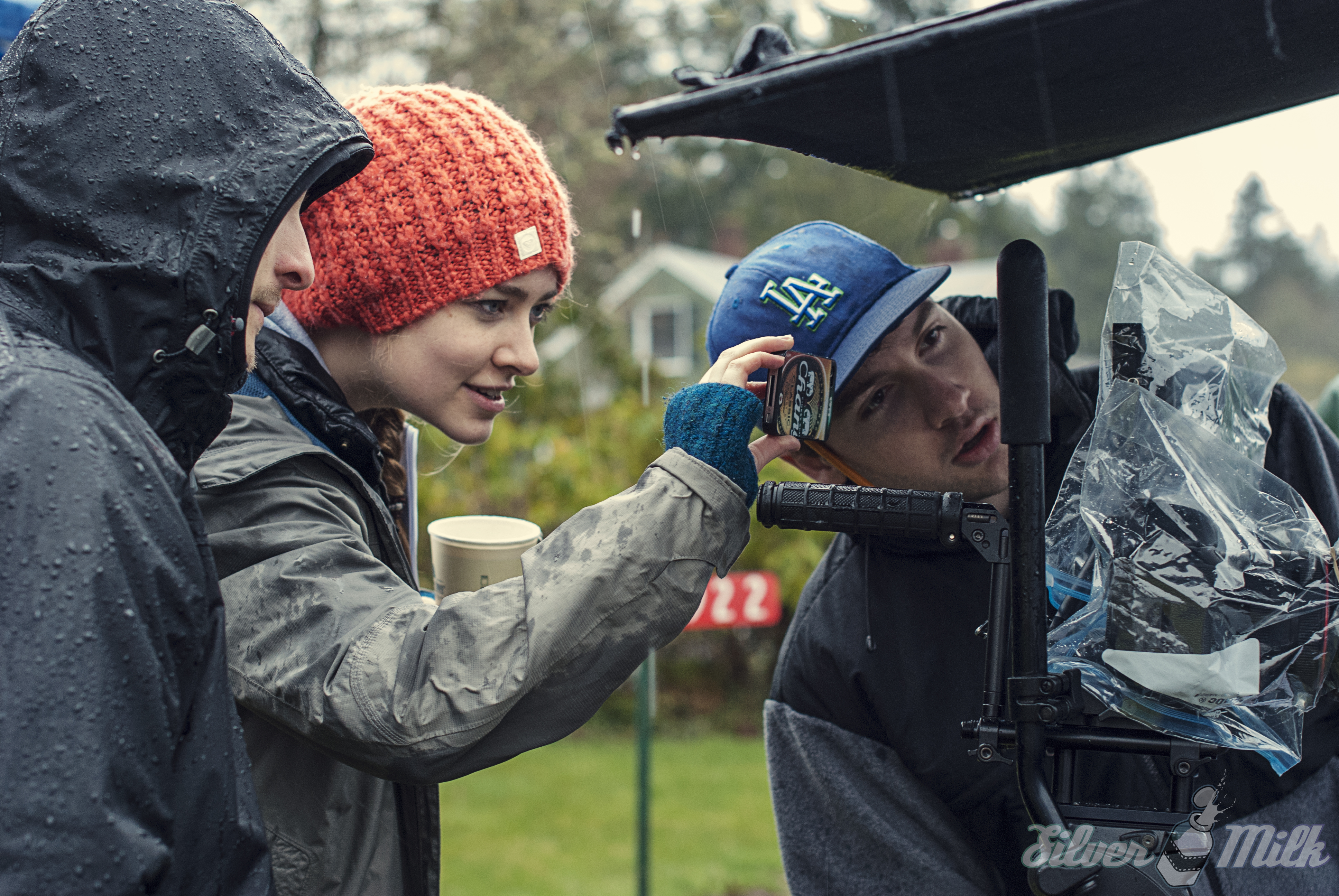 The National Film Festival For Talented Youth (NFFTY; just say nifty) has provided a creative and professional forum for burgeoning filmmakers in the Northwest and beyond since 2007. In just 10 years, the festival has gone from 73 films from 27 states to 227 films from 24 countries, with attendance in the thousands. I like to think that if NFFTY had been around when I was a kid, I could’ve learned more about the craft I occasionally half-assedly practice and possibly even gone somewhere with it. The kids who enter NFFTY—aged 24 and under—are frighteningly smart, talented and focused, with fully realized goals and visions. Case in point: Lael Rogers, a director and festival screener who’s spending her final year as an entrant with the next installment of the comedy short Northern Belles.

Rogers’ first entry in NFFTY was the 2015 short drama Collision, a striking film about a teenager trying to cope with a variety of personal problems while recovering from a brain injury suffered in a devastating car accident. It’s raw, thoughtful and ambiguous, the kind of film that takes a rare discipline to conceive let alone complete with limited resources. In addition to her own creative endeavors, Rogers has worked in a variety of production roles on established shows like The Man in the High Castle. I sat down with her to talk about finding her voice, dangerous amateur filmmaking and the joy that is NFFTY.

When did you know you wanted to be a filmmaker?
It crept up on me, I think. From ages zero to 10 I just wanted to work with dinosaurs, of course. But then I found my dad’s video camera and I’d do stop-motion animation and I’d drag my friends into doing movies all through high school because I lived in Juneau, which is not an interesting town.

The first thing I ever spent a really long time on was a kung fu parody that I roped my best friend’s sister into starring in. This is so wildly dangerous—we created this pulley system so we could do stunts and have her swing through the woods, because I’d just watched Crouching Tiger, Hidden Dragon and I loved it.

That’s crazy!
Yeah! [Laughs] We picked the smallest person that we knew. Without any of our parents’ knowledge, we had her flying through the woods and eventually came out with this movie that was in the local film festival and I felt all special. It was called Crouching Tiger, Hidden Wombat because we were 11. So I was doing that and I was trying to figure out what I wanted to do in college. It was my dad who said, “You should just go to film school cause it’s all you do anyways.” I was like, “You can do film as a career?”

How did Collision come about?
That was me being in a film studies program and wanting to have an actual production to come out of school with. It was the first short script I’d ever written and I was like, “I’m actually going to show this to people!” My producer and I were talking about who should direct it and I was finally like, “This is too personal, I just need to direct it—is that okay?” And he was like, “Of course.” Honestly, that’s what I wanted to do the whole time but I think I was too shy to say it. I’m so thankful I went to Seattle University and not a big film school, because I think I needed that room to slowly get up the courage to say that I wanted to be a director.

You said the film was personal. Was it based on actual events in your life?
No. It was a reflection of a lot of things that I was thinking about in high school. I did get a concussion and I remember trying to deal with that. With Collision I tried to make something that felt like you had a brain injury—fragmented time, nothing lasts very long, emotionally erratic. I really wanted to show a character, especially a young girl, who’s kind of angry. Because we’ve all been there. I was an angry little kid in high school.

I really related to the recovery process after the car accident—this weird existential thing that your brain goes through after a near-death experience.
I went through brain trauma. It wasn’t a near-death thing but it definitely affected me more than I thought it would. I dealt with a lot of trauma in a different way. I think that maybe this was a less personal way for me to talk about and deal with those feelings. It was also a more visually understandable thing to put in a film. How can you tell the story without also directly telling the story of your life? Because that’s too much. [Laughs] The funny thing was, when I wrote the script, I didn’t realize it was as serious as it was. I had no idea. The time that I realized was when I was working with the actors and they started asking me questions like, “When I’m saying this, where am I coming from?” and “What’s the backstory here?” They’d ask me personal questions, because if I’m asking them to do a lot, then I should probably do some of the emotional legwork as well. And I thought, “Oh no! What am I putting these people through?”

Tell me about your experience at NFFTY.
Collision was my first film in NFFTY, which was awesome. It got into the Femme Finale festival. Generally, when you get put in a “woman’s block,” it’s kind of frustrating. But that was the best shorts block I have ever seen. It was the last night of the festival and I was next to these amazing filmmakers: Jo Roy, Laura Holliday. There was this short documentary about the last abortion clinic in Texas. I was in the company of these crazy-talented artists at the beginning of their journeys. I talked to the programmers afterwards and they told me that they just wanted to make the best shorts closing night program and they all happened to be female, so they just made it an all-female program. NFFTY does have one of the highest percentages of females of any festival. Because youth. [Laughs] There’s really no bars at that point.

Generally it’s just a huge summer camp experience, where you have your alumni who come back and everybody knows each other. It’s filmmakers getting to hang out with each other for four days. They’re all about getting everyone to meet each other at a young age and establishing this community. I’m really surprised at how many of the people at NFFTY take the time to get to know every kid who’s in the festival and really keep up with their careers.

One last thing. When’s the next Northern Belles episode coming out?
I think all of them will be coming out June first.

All of them? Is it two more?
There are five more.

WHAT?
I know! I directed the first three and Christan Leonard directed the last three. They just did production earlier this spring and they’re pushing through post-production now. I’m kind of excited to see what they look like.