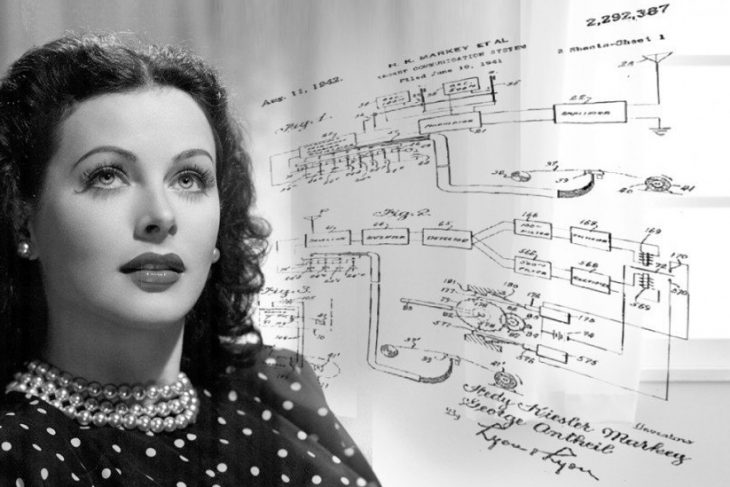 This edition of Sherman Alexie’s reading/lecture series features “Princess of Black Poetry” Nikki Giovanni, whose book of poetry Gemini—exceptionally musical, as is most of her work—was nominated for a Grammy in 2012. This event will focus on her new book A Good Cry: What We Learn from Tears and Laughter. Your host for the evening: beloved former Mayoral candidate Nikkita Oliver. —Sarah Galvin
Benaroya Hall

Audio geeks, fire up your irons! The fine folk at Patchwerks are opening the shop for their bi-weekly soldering meetup. Join other mad scientists to work on any electronic projects you might be tinkering with, whether that’s fine-tuning your latest amplifier design, circuit-bending that Casio in the closet or fixing all those non-functioning guitar cables piling up in your jam space. —Dan Paulus
Patchwerks

One of the most beautiful women to step in front of a camera during Hollywood’s early 20th-century Golden Age, Hedy Lamarr was also an inventor, whose innovations helped win WWII, and give birth to WiFi and Bluetooth technology. So why isn’t she a household name today? Alexandra Dean’s eye-opening doc provides insight as to why. —Tony Kay
Northwest Film Forum

New Yorker and Granta contributor Carmen Maria Machado reads from her 2017 National Book Award finalist Her Body and Other Parties. The genre-defying book draws on science fiction, queer theory and horror, and has been anthologized extensively. —Sarah Galvin
Central Library

UK-based Forced Entertainment is a 30-year-old experimental theatre company that actually lives up to that descriptor, constantly reinventing their modes and models. Real Magic (Jan. 18–20) is “part mind-reading feat, part cabaret act, part chaotic game show, in which [performers] endlessly revisit moments of defeat, hope and anticipation.” Tomorrow’s Parties (Jan. 21) is a playful, two-person “look-forward to futures both possible and impossible.” —Gemma Wilson
On the Boards

Over the last 10 years and five albums, Annie Clark, aka modern rock goddess St. Vincent, set herself on a rare path of autonomous stardom and creative fireworks. Her latest, Masseduction, further expands her adventurous sonic palette and affirms her status as one of pop’s sharpest lyricists and songwriters. Also, she’s phenomenal live.  —Jonathan Zwickel
Moore Theatre

Call and Response: Art as Resistance

A slideshow on a Saturday night sounds like bad coffee and stale donuts, but this one-night-only show featuring international photography made in response to the current socio-political climate, will be an exciting experience. Music and spoken word will rouse visitors in the odd case they nod off. —Margo Vansynghel
Photographic Center Northwest

It’s amazing how well the comedy of Steven Wright holds up. His late-night talk show sets from the mid-‘80s are just as funny now as they were then. Wright’s absurd, imaginative sense of humor is timeless. While thousands of comics post millions of disposable quips on Twitter every second of every day, Wright’s one-liners deserve to be etched onto stone obelisks for posterity.  —Brett Hamil
Neptune Theatre

In what’s become an annual visitation, Ladysmith Black Mambazo arrives in Seattle during the darkest depths of winter bringing the uplifting light of a supremely refined, nine-piece South African choral ensemble. This is the place to be tonight: Ensconced in the Neptune’s balcony next to fellow musical travelers and bathed in a warm torrent of the most human, most urbane sound imaginable.  —Jonathan Zwickel
Neptune Theatre