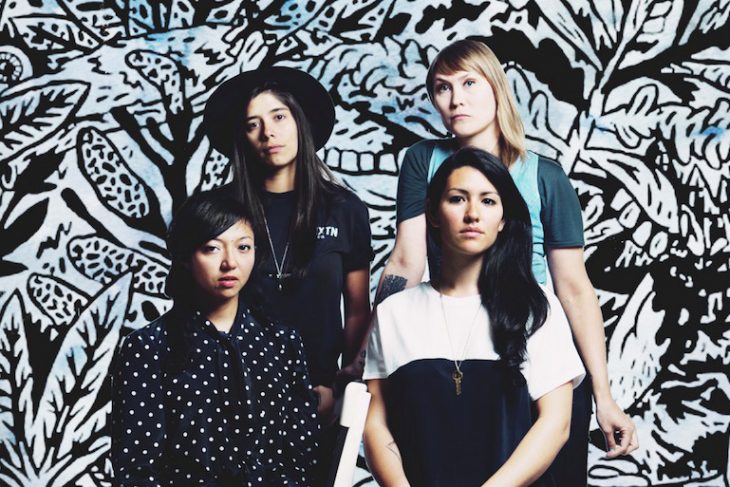 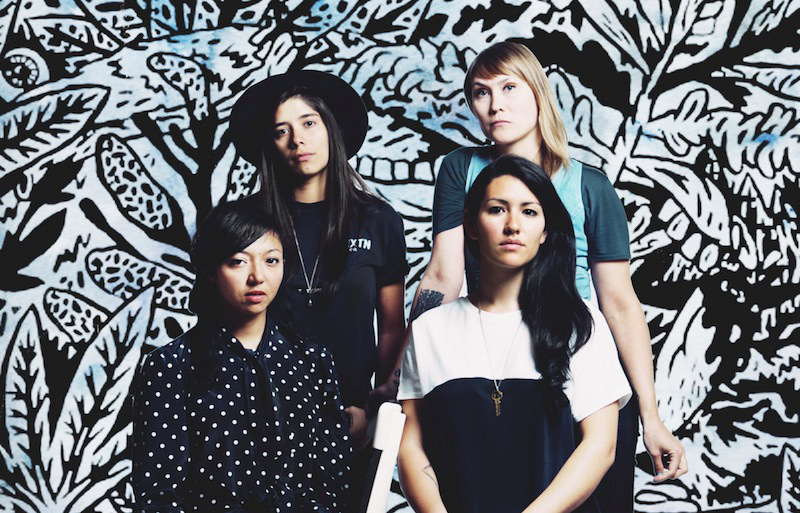 Monday, Oct. 24 – Thursday, Oct. 27
Do take the opportunity to catch two classics of Japanese horror cinema this week. Masaki Kobayashi’s immortal 1964 anthology Kwaidan screens Monday. It’s rightfully revered by a devoted cult on this side of the world for its artistry and atmosphere. But Kuroneko (Black Cat), released four years later, is an exquisite dark fairy tale in its own right, rendered in ambient, painterly black and white period brushstrokes. –Tony Kay
Grand Illusion Cinema

Tuesday, Oct. 25
Yes, the loss of Seattle surf-rock sirens La Luz to LA still stings. But the expats are returning to Seattle with another great Northwest band, Portland’s The Shivas, who. like La Luz, add flashes of urgency and fire to comfort-food retro musical touchstones (in the case of The Shivas, it’s garage rock). DoNormaal’s free-verse, experimental hip-hop/performance art serves as an unexpected but welcome wild card. If this ain’t the best Halloween-themed bill of the week, I’ll eat a pail of candy corn. –Tony Kay
Tractor Tavern

Wednesday, Oct. 26 – Thursday, Oct. 27
With digital technology we’ve come to believe that nothing good will ever go away, that it’s all backed up and searchable on YouTube or some streaming subscription service. But you can’t store a live performance in the cloud and you can’t backup the memory of sharing the same air with a comedy legend. Thus we’re lucky that some of the greatest comedians of our age are alive and touring: Steve Martin and Martin Short, Eddie Izzard, even Cheech and Chong. Add to this list the near-mythical Eric Idle and John Cleese of Monty Python’s Flying Circus, two men who shaped the modern comedic sensibility more than almost anyone alive. –Brett Hamil
The Moore

Wednesday, Oct. 26 – Sunday, Oct. 30
Euripides’ Medea is the mother of all Greek tragedies, and this Seattle Shakespeare Company production is worth attending to see Alexandra Tavares in the titanic title role. Medea is married to the man she loves, Jason (of Golden Fleece fame), but when he plans to marry another woman, and Medea’s desire for revenge drives her to incredible savagery. It’s a snappy, 90-minute translation, and kudos to Tavares and director Kelly Kitchens for bringing out this version’s considerable comedy, which only makes the inevitable end more of a gut punch. –Gemma Wilson
Center Theatre

Thursday, Oct. 27
Pony is the most uninhibited dance club in Seattle and Medical Records Rx is one of Pony’s most uninhibited parties. On the last Thursday of every month, Medical Records honcho Dr. Troy unspools six hours of the slinkiest, shiniest synthwave, dark pop, Italo disco and assorted retro-future dance styles, all vinyl all night, to a throng of well-lubricated scenesters, dancers, drinkers and lovers. Troy tag-teams with a likeminded cast of rotating guest DJs from Seattle and beyond. They will play and you will dance. –Jonathan Zwickel
Pony