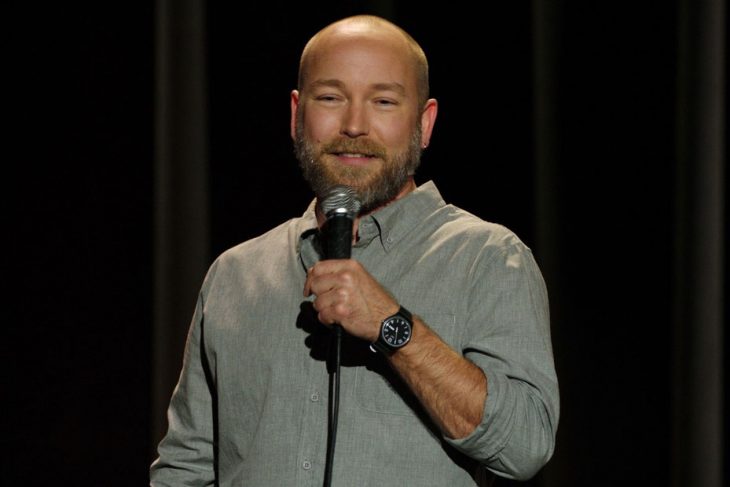 With a gravel voice and studied lack of pretense, Kyle Kinane has the air of the everyman. But he also has an ear for pitch-perfect phrasing and a smartass’s sense of poetry. He can pick apart all the ways in which he’s a slob with the sort of ruthless self-awareness that most slobs will never attain. This dual nature—sharp powers of observation paired with an aversion to sentimentality—makes him one of the most dependably funny and accessible comedians in the game.

Terrible, Thanks for Asking Live

Podcasts are an ideal vehicle for the widespread dissemination of intimate human emotion, the kind that can’t be replicated in broader, more production-heavy forms of media. The delicate connection forged by a pair of earbuds lends itself to the confessional, binding together podcaster and audience. Nora McInerny, host of the Terrible, Thanks for Asking podcast and “notable widow,” is a connoisseur of human suffering and a deft interlocutor for her guests’ pain, transmuting awkwardness and anguish into laughter and empathy. On this live tour, she brings the pain out of the earbuds and onto the stage.

Broadway’s vegan metal bar the Highline is a great venue for comedy, and various shows have flourished there over the years. Its medieval mess hall décor and walls plastered with posters for bands with menacing, biblical-sounding names contrast with the frivolity of standup. This latest offering is produced by standout Claire Webber and up-and-comer Bobby Higley and features a roulette wheel that induces comics to incorporate a randomly chosen kink into their acts. The twice-monthly show (third and fourth Sundays) will feature notable locals Tyler Schnupp, Blake Kiltoff and Maddie Downes.

For his Ridiculously Self-Indulgent, Ill-Advised Vanity Tour, Weird Al brings a stripped-down show to smaller venues to perform his original, non-parody songs for diehard fans. No outrageous costumes, video projections or over-the-top choreography—just a man, a band and his deepest cuts, which Yankovic describes as “the ones you barely remember.” As a massive bonus, he’s bringing Emo Philips as his opener. The pairing of these two generation-spanning masters represents a grand convergence of comedic peculiarity.

Standup comedy is weird in the daytime, so why not make it even weirder? At Naked Brunch, a show that takes place in the middle of the afternoon, comics are encouraged to drop all their prewritten material and go onstage with nothing—a proposition most performers consider nightmare fuel. Confronting this fear gives comics a glimpse of their own id unleashed and audiences get the rare chance to observe—in horror or hilarity—what flies off the dome. Funny locals Matt Valdespino and Alyssa Yeoman produce the show.