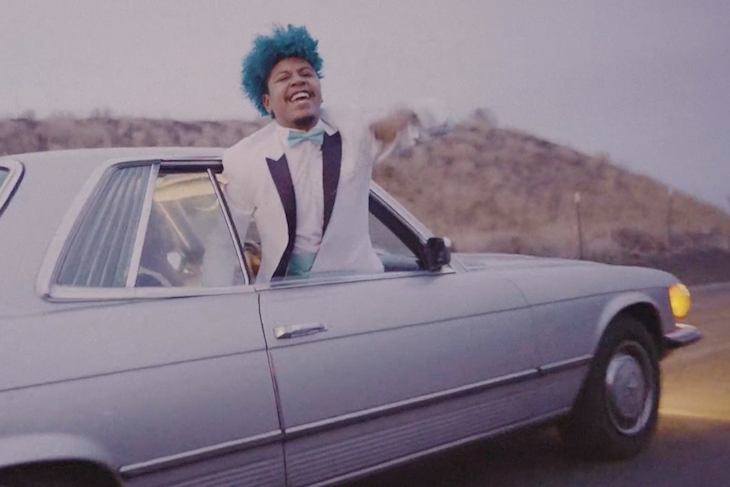 PLEASE TELL ME YOU DIDN’T ACTUALLY TORCH THAT BENZO.

Clearly KFG MCs Greg Cypher and Eff Is H are trolling people like me, looking for a reaction to “Sposed Ta B,” the second single from their fantastic new album (and our current Album of the Month), 2KFG. I mean, that Mercedes 500SLC in the video looks to be circa 1980, ’81. It’s cream-colored, gorgeous. Too rare and too beautiful to die.

Seattle used to be a rock town. Now it’s a rock town and a rap town. And make no mistake: The two can coexist. In fact, they’re almost the same, one feeding off and contributing to the energy and the nihilism of the other. It’s not the sound so much as the attitude. And that attitude is all over this flagrantly dangerous video, directed by Andrew Imanaka, which we’re psyched to premiere today.

KFG proves the point: Making reckless behavior like shoplifting and joyriding and pyromania look irresistibly sexy is the hallmark of both rock and rap. They’re claiming the city on their own terms and they understand how history influences the present, how image informs impact. Just like they say, flowing over ominous synths and a hard-knocking beat courtesy of Keyboard Kid, “Bumping Bleach by Nirvana ’cause I’m so Seattle.”