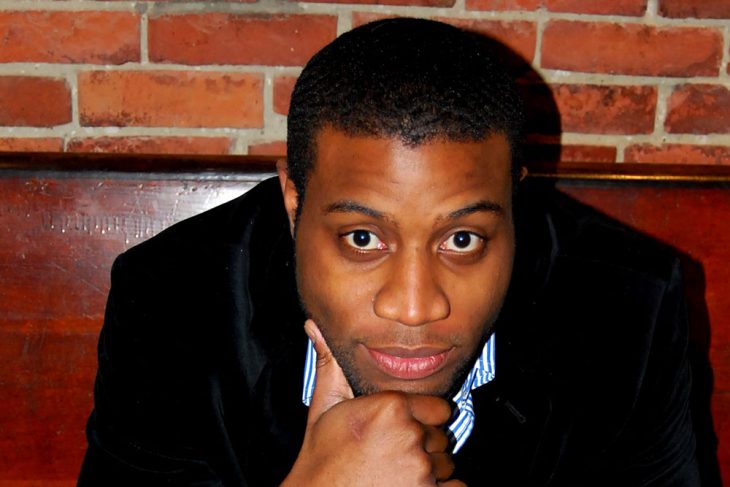 Standing out is difficult in a glutted comedy scene like Seattle’s, where comics often outnumber audience members at shows. Among all the cool kids, hobbyists, outliers and try-hards is the rare comic who shows up, drops a solid chunk of killer new material on the audience and disappears until the next time, leaving everyone wondering, “Who was that?” Kortney Shane Williams is one such exceptional local.

Williams moved here from Florida in 2009 and established himself as one of the most dependably funny, and elusive, working comics in town. He keeps his head down and stays in his lane, generating more new material in a few months than most comics do in a year. His is a skeptical everyman’s perspective with a sidewinding storyteller’s delivery.

With little fanfare, Williams has been making big career strides. He produces the monthly (Stand-Up Style) Comedy Show at Naked City Brewery in Greenwood, one of the best-attended indie showcases in town (the next installments are Nov. 4 and Dec. 16). Last month he self-released his fourth album, For Whom It Doesn’t Concern. He has also gotten the nod as a go-to local opener for some of the biggest names in comedy, like Hannibal Buress and Dave Chappelle.

“The good and bad part of Seattle is you can make a living doing comedy here and never be famous—never be on TV once. You can just be here and be funny; you can work it,” Williams explains. “The downside of Seattle is you become comfortable in what you’re doing. When you open up for bigger guys like Chappelle, you see an incredible level of talent. It gave me a target to shoot for.”

Getting invited back for a second night with Chappelle on his 2013 Seattle shows marked a turning point in how Williams viewed his craft. “That was more validating than getting invited in the first place. In the back of your mind you can go out knowing, ‘My comedy worked on this level.’ A situation doesn’t become so big that you think, ‘My comedy won’t work.’ You always think: ‘It will work—can I execute it?’”

In addition to standup, Williams has a sideline in sports commentary. He hosts the Kortney’s Last Show podcast with his brother Kyle, in which the two chop it up on current events and sports news. As a Black man and a diehard LeBron James fan, Williams observes the controversy around National Anthem protests with keen interest. He was pleased when James stepped into the fray by calling Trump a “bum” on Twitter.

“He’s the perfect guy for that level of power. To see him take a stand on it, that can galvanize a lot of people who only see life through LeBron James. Which is a crazy way to see life, but there are a lot of people out there who only see life through sports,” Williams laughs. “Honestly, him leaving Cleveland was when I stopped seeing my life that way.”

At this point in his career, Williams can afford to keep a low profile and direct his efforts to areas where they yield results: his successful monthly show, his touring schedule and his podcast.

“If I had to start comedy again I would not do it. It’s so difficult, but you don’t realize when you’re in the process that you’re actually not that good,” Williams says. “When I started, my goal was to get invited back to do guest spots on the weekend. Now I’m that headliner who’s like, ‘Why’s that guy on the show? He’s terrible!’ But 13 years later I look back and I was exactly like that.”