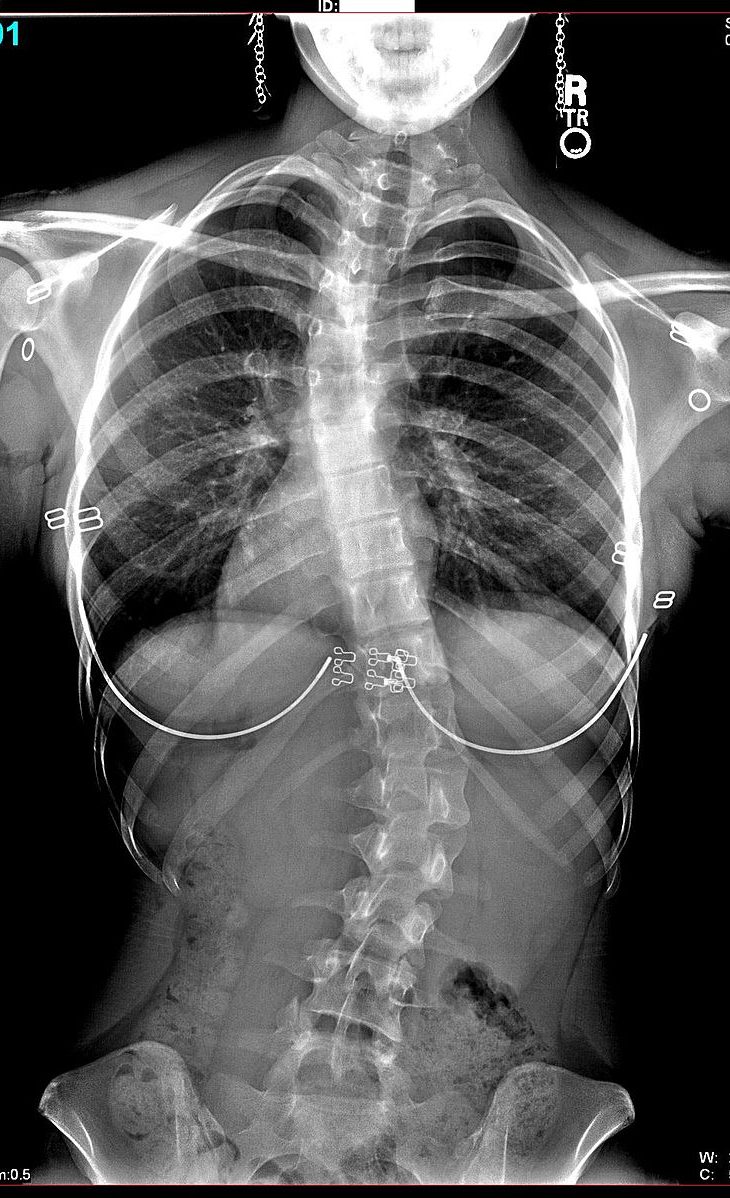 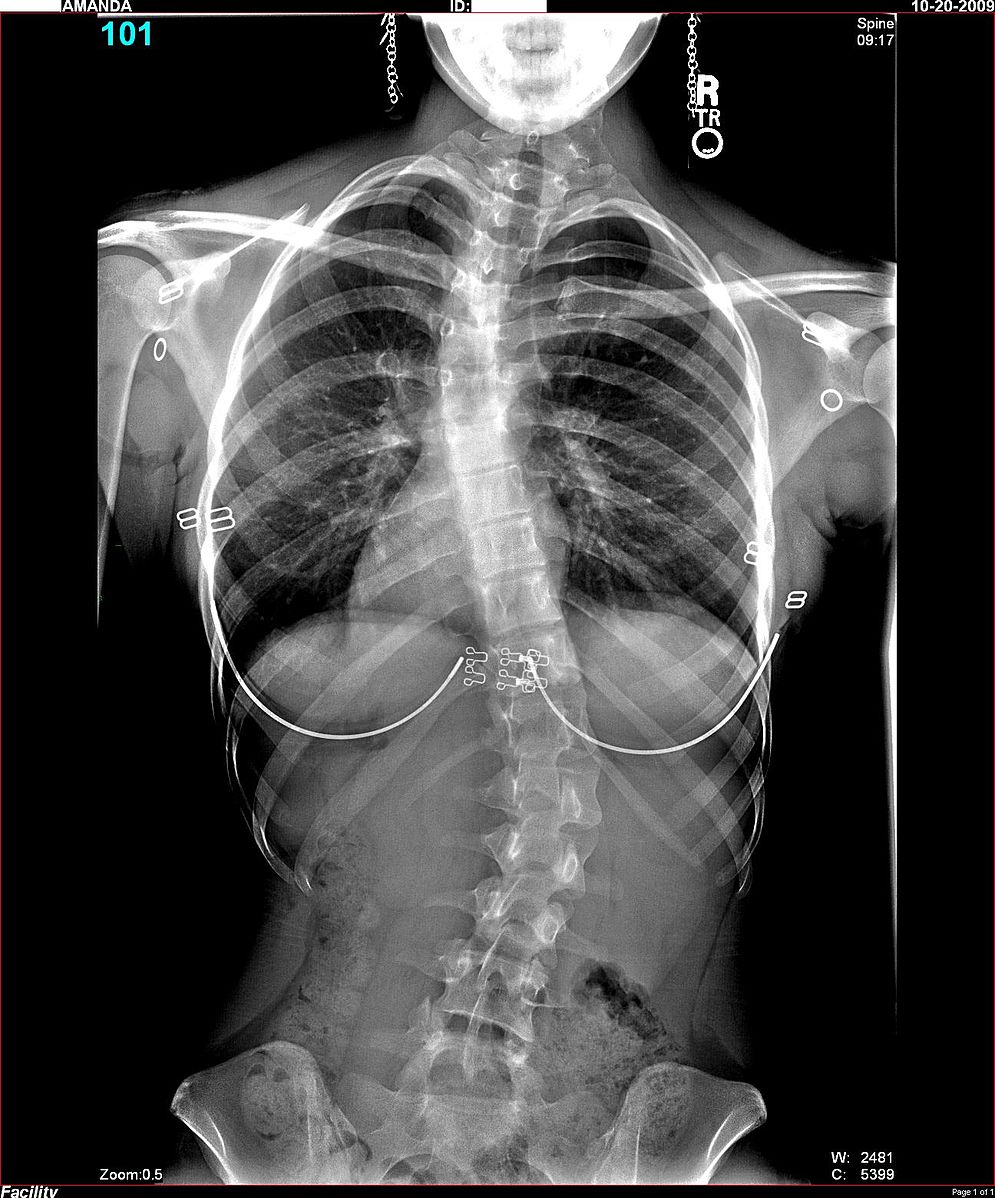 Years ago as a much younger comic, I had a joke about a woman who described herself on a dating website as “curvy” but then it turned out [pause for effect] she had scoliosis—an entirely different type of “curvy.” Har-de-har-har. Misdirection made it work: setting the audience up to think I was going to make a joke at a full-figured woman’s expense and then throwing them a “curve” ball. It was made-up, low-hanging fruit but it got decent laughs so it was part of my act, such as it was. As a newbie I stuck with what got a positive reaction and didn’t spend too much time thinking about the implications of my jokes because the prime directive was to avert the horror of bombing in silence. I told a lot of dumb, thoughtless jokes back then because they got laughs.

Once I told the scoliosis joke at a gig in Port Townsend. After the show, an elderly woman sidled up to me and tapped my arm.

“I was born with severe scoliosis,” she said.

“And my sister here also has it,” she gestured at the woman standing beside her.

“Were you offended by my joke?”

“I just wanted to let you know that we both have scoliosis.” Her expression was neutral. I couldn’t read it.

“Oh, um…okay. Sorry about that?” I muttered sheepishly.

The woman and her sister quietly wandered off. I was left to figure out the meaning of the interaction. She hadn’t approached to “call me out.” Shee didn’t seem angry or offended. At most, she seemed mildly disappointed. The best I could surmise, she just wanted to point out to me that actual, real people suffer from the condition I used as a punchline.

I stopped doing that joke. It was the first time I ever dropped a piece of material because it might be problematic, rather than because it didn’t work. It might’ve been the first time I truly understood that the crowd wasn’t just a faceless mass of joke-consumers but a collection of individuals with their own histories, ailments, identities and sensitivities. I had to ask myself, Is this joke funny enough to look a scoliosis sufferer in the eye after a show and defend it to them, if need be?

From a certain popular perspective, dropping that joke exemplifies everything that’s killing comedy. I know a lot of comics who’d scoff at me for being such a “pathetic liberal snowflake” that I’d drop a joke out of fear it might upset someone instead of standing my ground. They’d cite this as an example of “the PC police” run amok, of overly sensitive minorities dictating what comics can and can’t say in their acts, of the few stealing comedy from the many.

Those decrying this phenomenon have backing in the highest corridors of power, from Attorney General Jeff Sessions, who recently warned of college campuses sheltering “fragile egos,” to the president himself, who railed endlessly about “political correctness” on the campaign trail and made news with his impression of a reporter with arthrogryposis, another skeletal condition. The defense of comics’ right to say whatever they want onstage has never been more mainstream—or more Republican.

Here’s what I’d say to those comics who think I’m a snowflake-enabling cuck: I can always write more jokes. This particular one was just a bit of semi-clever wordplay, not worth summoning the full force of the First Amendment over. Sure it was my joke, but it wasn’t about me—who I am, my identity. It was just a dumb throwaway line, and thankfully I’ve written many, many jokes since then. Better jokes.

Because I’m a more experienced comic now, I can talk about what interests me, bits that express my true observations and feelings about my life. I’m less driven by the desperate imperative to avoid silence by appealing to the lowest common denominator. I’ve slowly learned how to be myself onstage, and I’ve tried harder to write jokes I can defend offstage. I don’t call that self-censorship. I call it getting real.

As it happens, in the past few years I’ve met a couple newer local comics who actually have scoliosis. One of them tells a few jokes about it, and they’re funny. It’s her life, not some fake scenario cobbled together for cheap laughs. I bet those two quiet sisters in Port Townsend would approve.