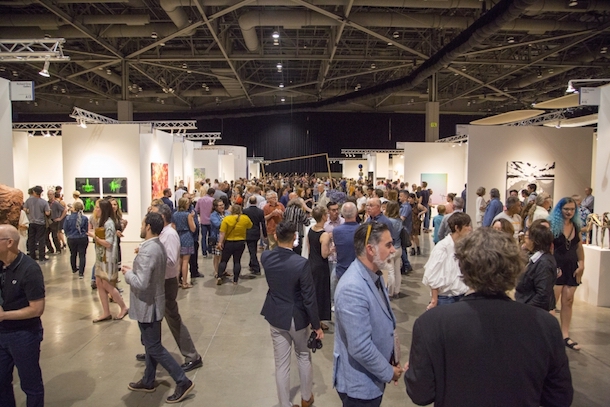 On Trails: An Exploration

NY Times bestselling author Robert Moore examines the world through the lens of trails—from those through parks and forests that the word “trail” first calls to mind, to trails made by insects, interstate freeways, and the paths comprising the Internet. On Trails explores how order emerges from chaos, how animals disperse across continents and how humans choose a path through life. —Sarah Galvin
Elliott Bay Book Company

Simply the most vital voice in hip-hop right now, Kendrick Lamar is holding the genre—all of pop music, really, as indicated by team-ups with U2 and Rihanna on his recent album DAMN.—to a higher standard of intelligence and integrity. He also puts on a blisteringly intense live show. —Jonathan Zwickel
Tacoma Dome

Seattle’s original b-boy club crew Circle of Fire celebrates their 20th anniversary with events throughout the week, and tonight they convene at their home base. The breakdancing you’ll witness here tonight will be nothing short of astounding—especially considering these folks are in their 40s. Musical accompaniment by NY/Japan-based DJ Eriko “Lua Cheia” Tsubosaka plus Stop Biting regulars AC Lewis, Introcut and Absolute Madman. —Jonathan Zwickel
Lofi Performance Gallery

Now in its third year, Out of Sight continues to sidle up to the Art Fair proper with an edgier offering of works by local artists, many of whom you won’t find within in the labyrinthine booths at CenturyLink. This year OOS has taken over a massive derelict building on Main St. and features installations by Gary Hill and Lead Pencil Studio, sweeping murals, lots of artists you’ve never heard of (but should), live music and Dada-caliber performance. The opening party on Thursday night—though ticketed—is a must-see fete-of-the-year and well worth your $. —Amanda Manitach
Schoenfeld’s Building

It’s Art Christmas in Seattle! Hydrate, strap on some sexy-sturdy shoes and prepare to have your eyeballs assaulted by a bounty of blue-chip maestros, local luminaries and emerging regional stars. Also look out for satellite events: placards by Jenny Holzer scattered like Easter eggs throughout Pioneer Square, dance performances around the neighborhood and artist talks to sate your brain between the bustle of booths and glasses of bubbly. —Amanda Manitach
CenturyLink Field Event Center

The city’s only late late night stand-up showcase continues to rock the midnight hour at the Atlas Theatre in Fremont, a hidden gem of a venue. This one features a grip of talented local millennials including Travis Nelson, Tyler Schnupp and Monica Nevi. —Brett Hamil
Atlas Theatre

Slender Means, The Gods Themselves, the Echolarks

Slender Means’ split six-plus years ago was a heartbreaker, but Seattle’s best pure-pop band this side of the Posies reunites Friday to duct-tape my pop-loving heart back together. Post-punk/dance/shoegaze monsters The Gods Themselves and swoonsome dream poppers the Echolarks make early arrival mandatory. —Tony Kay
Tractor Tavern

Guidebook to Relative Strangers: Journeys Into Race, Motherhood, and History

Camille Dungy reads from her book Guidebook to Relative Strangers: Journeys Into Race, Motherhood, and History, chronicling her travels across the country as a Black poet and lecturer with a young child. Dungy details her child’s learning and growth while traversing a country whose every corner offers unique fear and trauma—as well as kindness and community. —Sarah Galvin
Elliott Bay Book Company

Intiman Theatre’s Emerging Artists Program is a chance for the public to see an exciting group of theatre up-and-comers perform some of the brand-new, autobiographical work they’ve crafted this summer under the guidance of the brilliant Sara Porkalob and Dedra Woods. You never know what you’re going to get, but you know you’ll see more of these artists down the line. Free! —Gemma Wilson
Cornish Playhouse