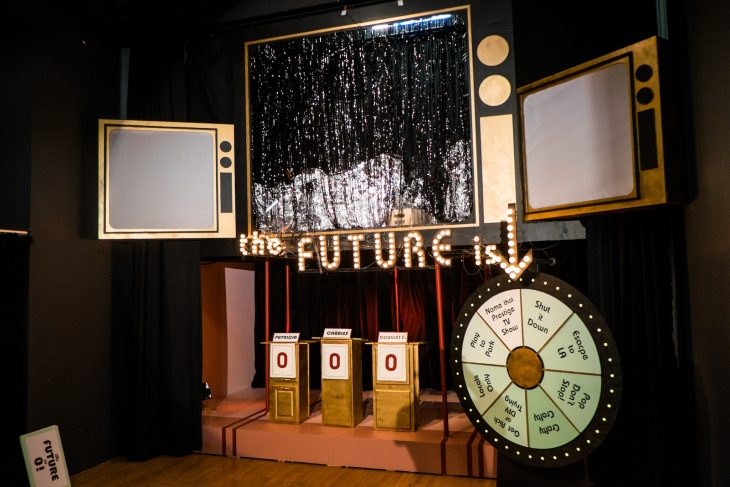 On the first Thursday of every month, deep in the belly of the Rendezvous, there’s an underground card game led by Keefee, aka delightful local comic actor Stephen Hando, a character whom City Arts writer Travis Vogt has described as “a hilarious, emotionally erratic blackjack dealer from Tallahassee.” In this impressive improv show, a handful of willing audience participants get up on stage to play cards. Whether you come to play or just to watch, everyone’s a winner here.

Todd Barry has been in the game a long time, which is probably why his deadpan comedy is delivered with such precisely calibrated levels of warmth and dryness. He’s made all the big late-night TV stand-up appearances multiple times, had plenty of TV and film roles and a handful of Comedy Central specials, and you can check out his Spicy Honey special now on Netflix. In 2013, he went on the Crowd Work Tour, which was exactly what it sounds like: no new jokes, all audience-based riffing, at which he’s spectacularly good. Get ready for more.

Claire Buss has made no secret of her desire to conquer the entertainment world, and now with this show at the Neptune—capacity-wise, a huge step up from her usual digs at the Northwest Film Forum—the writer/producer/performer is one step closer to domination. The show that’s getting her there is The Future is 0, a parody/not-parody game show featuring a rotating cast of Seattle-arts luminaries that veers from existentialist social theory to slapstick goofballism in the buzz of a countdown clock. It’s ridiculous, hilarious, baffling and profound at the same time, and easily one of the most unique entertainment institutions currently happening in Seattle. Next step: Hollywood.