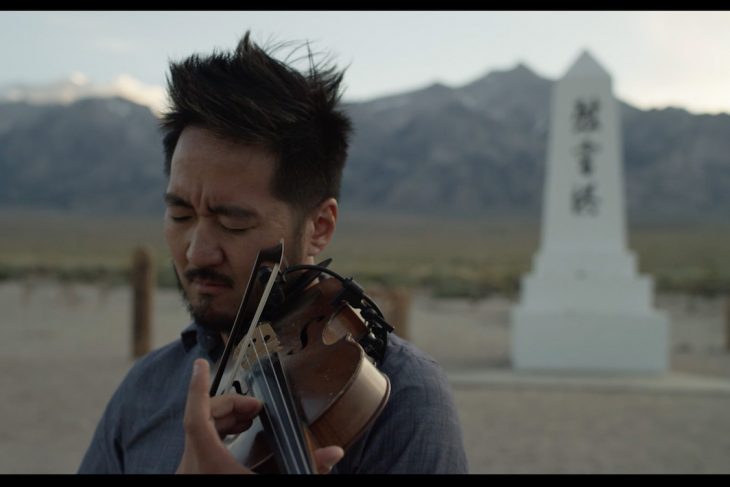 During World War II, 120,000 Japanese Americans were forcibly incarcerated after President Roosevelt signed Executive Order 9066 on February 19, 1942. As part of its mission to preserve and relay the memory of the Japanese American incarceration, Seattle non-profit Densho will hold its annual Day of Remembrance on Feb. 19 at the Seattle Center Fisher Pavilion. This year’s Day of Remembrance draws stark historical parallels between the age of Roosevelt and the era of Trump, begging observations about how far we haven’t come in terms of our willingness to suspend civil liberties and target vulnerable populations.

Densho will bring Gold Star father Khizr Khan to the Day of Remembrance as a featured presenter. Khan first rose to national prominence during the 2016 Democratic National Convention, where he brandished a pocket copy of the U.S. Constitution, shaking it defiantly at Donald Trump and his xenophobic rhetoric. Those were somewhat simpler times, when resisting Trump did not yet require one to shut down airports to protest a refugee ban or call GOP senators to beg for a functioning tax code.

Also presenting is Seattle-born, Athens, Ga.-based artist K Ishibashi, best known as the singer-violinist behind the musical project Kishi Bashi. Recently Ishibashi has been cobbling together a documentary film about the Japanese incarceration that has taken him across the country, to concentration camp sites from California to Arkansas. While he traveled thousands of miles to retrace the natural locales and epic logistics it took to jail 120,000 people in just a few months, Ishibashi has also traveled within—to search the hearts of the racist social order that allowed it to happen and to find reasons for optimism and resilience in himself. I caught up with him to talk about his film, his music and his upcoming Densho presentation.

Tell me about what you’ll bring to the Day of Remembrance.
What I’ll be showing is an expanded trailer from the documentary that I [also] did the soundtrack for. Densho was kind enough to let me make use of their archives for the film, so it’s great to be able to present there. And I’ll be talking a bit about the role of the artist in retelling history.

How did you become interested in this history? As a Japanese American, did you have family that was incarcerated in the camps?
I did not. My parents were post-war immigrants. This narrative follows my self-discovery, my personal growth and this particular generational experience, as somebody who has grown to understand that racism is alive and well. Gentrification is a form of segregation, for example. As I’ve gotten older I’ve just wanted to look deeper to try to find a perspective on the world I live in that isn’t just the history written by whites, written by conquerors.

I saw your Seattle show at Neumos a few months ago. Your music was bright and upbeat. How do you balance that musical personality with your deep dive into one of the most racist episodes in American history?
I went to a lot of places for this film—to Tule Lake, Manzanar and Heart Mountain. I could see both how bleak and also how expansive a lot of these camps and their settings were. When I went to Manzanar, it was really beautiful. I was confused! I thought it would be irresponsible to portray it as beautiful, so I went to film in January, when the weather was bleak and terrible. I composed music and songs for specific locations, to be the soundtrack for the movie. At the same time, the songs I composed for each of these locations contain a lot of hope and an optimistic sense that we can learn from the past.

Do you think we can?
I do. Because I look at causes. And if we look at those causes, we can avoid falling into them again. For instance, a lot of people don’t know that there were huge agricultural lobbies that pushed for something like Executive Order 9066. They were only too happy to see the Japanese Americans go because the Japanese Americans were seen as an economic threat to white workers. So that was a big economic motivator for the racism. Also, you see that a lot of whites just had a lack of empathy in allowing this to happen. It was wrong then, but people were products of their time, I guess.

I’m fascinated by the politics behind the incarceration.
Yeah, it’s something we don’t talk about enough as a society. Another thing I discovered is that it was the job of the incarcerated to make the land they were imprisoned on arable. That was the only way Roosevelt could make states like Arkansas accept tens of thousands of prisoners—was if they were providing some kind of economic benefit to the region. It was racism driven by exploitation.

How does all of this weigh on your conscious as an artist, as a musician, as somebody who was driven to become a filmmaker?
I usually don’t look for inspiration. When I was driving between locations or out in the middle of nowhere, those are the times I got the best ideas for this project. I know that the more bored I get the more I can entertain myself. The subject matter was heavy but there was a lot of space for me to explore it, and explore myself as well.

Densho’s Day of Remembrance is Feb. 19 at the Seattle Center Fisher Pavilion from 2 – 3:30 p.m. The event is free. Limited space is available. Get your tickets and read more information here.