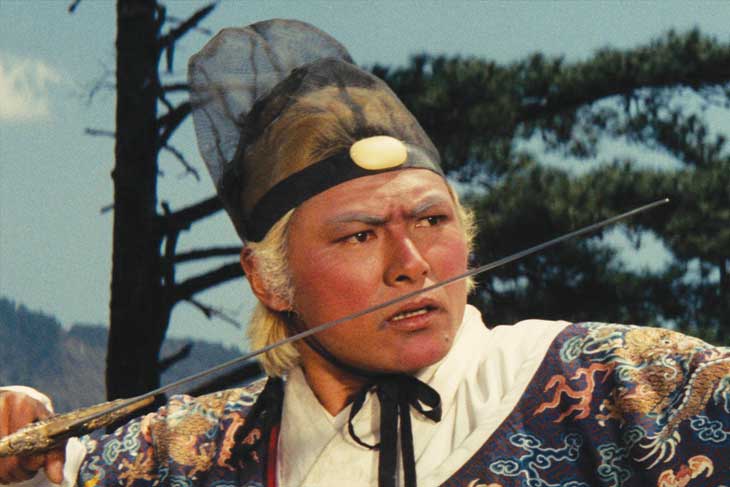 Director Josef von Sternberg and actress Marlene Dietrich produced six exquisite, surreal, stylish and heartfelt collaborations for Paramount in the 1930s, ranging from obsessive romance to spy thriller to historical drama. The set includes Morocco, Dishonored, Shanghai Express, The Devil Is a Woman, The Scarlet Empress and Blonde Venus, which features Dietrich’s infamous “Hot Voodoo” number, in which she dons an ape suit for a nightclub act and seduces Cary Grant. —Mark Steiner

In one of the greatest martial arts films ever made, Taiwanese master King Hu continues his effort to bring Chinese literature to film with a chivalrous female knight and an adventure story that’s both rollicking and patient. This monumental film recodes its incredible fight scenes as part of the intrinsic balance of nature, folding together groundbreaking action, gorgeous cinematography and simple philosophy. —Matt Lynch

A college trip to Mexico goes wrong when a group of five friends meet up with another tourist to play a game of “truth or dare” in an abandoned church. The game follows them back home, where they must tell the truth, complete the dares or die. An enjoyable ride that pairs realistic friendships with outlandish challenges, Jeff Wadlow (Kick-Ass 2) directs this supernatural romp backed by Lucy Hale’s (Pretty Little Liars) acting chops. —Emalie Soderback

You Were Never Really Here

This film feels like a tighter, artier, more brutal installment in the Taken series. A perfectly cast Joaquin Phoenix disappears into Joe, a hulking, silent, emotionally broken brute on a quest to save a kidnapped girl from a sex-trafficking ring. Lynne Ramsay directs action sequences that are often devoid of “action” yet are still nasty and thrilling. Plus it’s got a great score from Jonny Greenwood. —Kevin Clarke