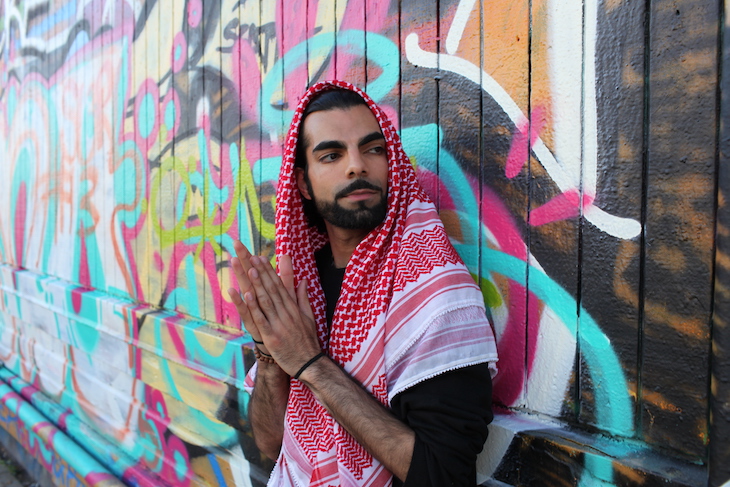 A few weeks ago, I decided to attend a Seattle City Council meeting dressed up as everyone’s favorite messiah, Jesus H. Christ. I wanted to make a fun but powerful statement in support of the #BlockTheBunker coalition’s hard work to stop the construction of a $160 million police station.

I dressed up as Jesus to shine light on the hypocrisy of a society that, though secular, is supposedly founded on the principles of the Son of God. You know, like feeding the homeless and housing the needy. Would Jesus support the building of a $160 million police station while the police were being investigated by the Feds? Would he support the building of a $210 million youth jail while we have one of the fastest growing homeless populations in the country? Wouldn’t he be the first one to say “Black Lives Matter,” and take it straight to the powers that be, like when he went gangster on the money lenders in the Temple of Jerusalem? In a city rising faster than the Tower of Babel, what would Jesus do?

It was time for a call-out of biblical proportions. So I left my home at the Mt. Baker artist lofts in heavenly glory, with a matching tunic and sandals, and rode the light rail downtown.

At City Hall several community activists spoke during the public comments section of the meeting before the council closed the session due to “disruptions” and waited, hoping we would leave so they could reconvene. Instead, we took over the meeting and ran our own. After delivering a few good words from the Lord, I left to roam the streets of downtown by myself to see how people would treat me. Here was my chance as a rapper of having my own “Jesus Piece,” as Kanye would say. The next few hours changed my life.

For the most part, responses were positive. A lot of people smiled as I walked around and told everybody “I love you.” I told everybody that—from Pike Place to Capitol Hill. Most folks were amused, semi-shocked and found it funny. People stopped and took pictures, bragging about having “Jesus on their Snapchat.” I even photobombed a wedding shoot, which went over well (had I been in my usual sweater and fanny pack, I would’ve been asked to leave). People yelled out of their cars, “Hey, Jesus!” Everyone seemed to know who I was and they were happy to see me.

Some people, however, were not happy to see me. The very staunch Christians (surprise) weren’t happy at all. The Jay Dubs (Jehovah’s Witnesses) were particularly pissed about it. I walked up to their booth at Westlake Center, noticing their fancy shoes and hella nice free Bibles and said, “Sup guys, how’s it going?! Always good to catch up with the fan club, am I right?”

A few shitfaced drunk people were also not having it. That’s when things got scary. One guy almost knocked me out, and another guy tried to molest me by “making sure I was circumcised.” Being in character, how was I supposed to fight back? Would Jesus H. Christ smack a muhfucka who tried to go for the reach-around?

But it was liberating to roam my hometown as the most notorious, loved and possibly hated man in human history, the King of Kings. I learned that the majority of people are inhibited and scared to interact, but have a light in them waiting to shine—they just need a little inspiration. I learned that, when you put your guard down and open up to people, you’ll be surprised who will respond in kind.

What if I actually started to see the world like Jesus did?

I started to see all the confusion, distrust and all-out fear this fast-paced, unconscious society has created. Don’t get me wrong, I saw a lot of love, too, but not enough. Not enough to help those who need a little more. I hopped back on the light rail and returned to my humble life of making chairs.

My experiment has since affected almost every relationship I have. Some people close to me tell me they’re uncomfortable and a few ties with my family have been strained. I don’t consider myself very religious, but because I’m from a Muslim family, some relatives took offense, which is difficult because I’ve always been grouped with and stood up for the Muslim community. Am I no longer a member of the group that socially defined me my entire life?

This social experiment/performance art piece is the smartest and scariest shit I’ve ever done. And it’s only going to get bigger and bolder. I’ll definitely be more cautious in the future—but this project has the potential to shine a light on rising inequality, and on the people in the community working to stop it.

How will it turn out? I don’t know. I’m 32 this year, my only hope is to make it to 34, so that I can be the oldest Christ ever (record holder!). It may come off as offensive and narcissistic to walk around dressed up as the Son of God, but I’m doing it to try to see if we can make the world a more compassionate and loving place. To see if people will walk the walk.

So tell one and all, Jesus H. Christ is taking up residence in an increasingly unequal Seattle. Look out for the official comeback tour at heyeverybodyimback.com and be sure to add me on Twitter @supitsmejesus. I could use some more followers.

Be sure to love your neighbor, and honk when you see a Savior 😉