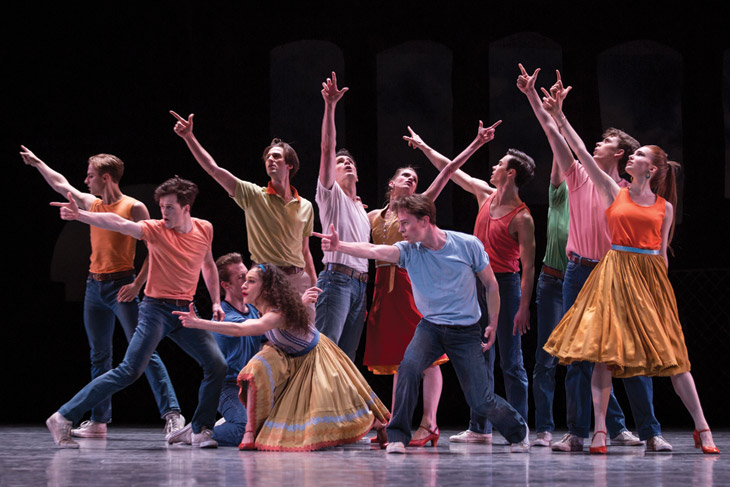 Performing arts take collaboration to a creative extreme. When a team of artists is firing on all cylinders, the result is something far greater than the sum of its considerable parts. West Side Story, for example, boasts a score by Leonard Bernstein, lyrics by Stephen Sondheim, a book by Arthur Laurents and direction and choreography by the late, great Jerome Robbins, whose cross-pollination of ballet and Broadway had a profound effect on both artistic communities.

Jerome Robbins Festival, Pacific Northwest Ballet’s celebration of the great choreographer’s work and the 100th anniversary of his birth, honors his work in both arenas. In addition to his famous “West Side Story Suite,” the program’s two bills also include Debussy’s “Afternoon of a Faun” and several other ballets set to the music Stravinsky and Chopin, including the latter’s “Other Dances,” a series of short folk dance-inspired duets and a PNB premiere.

Robbins’ experimental, emotional choreography is just one of the striking visual elements of his work. Also on that list of West Side Story icons is Irene Sharaff, a groundbreaking, Tony- and Oscar-winning costume designer and frequent Robbins collaborator on Broadway, in film and with the New York City Ballet. Her vivid, fluid designs for West Side Story, seen here on PNB’s dancers in costumes created by Miami City Ballet, echo Robbins’ combination of technically rigorous classical style and everyday vernacular. Robbins’ inimitable style and indomitable personal legacy earn top billing, but his artistic raison d’etre was to blend art forms into a seamless whole, and he certainly did not do that alone.