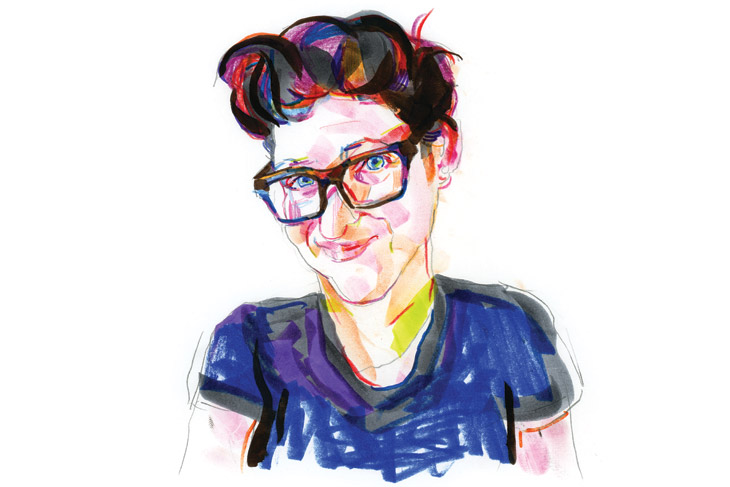 Jasmine Joshua was already busy as an actor, writer and producer when they founded Reboot Theatre Company, dedicated to rethinking shows through nontraditional casting, in 2014.

What show(s) are you working on this fall?
I’m honored to have been selected as a writer in the 5th Avenue Theatre’s First Draft program, so I’ll be working on a new musical with an all-female and trans team, which I’m over-the-moon, pee-your-pants excited about! I’m also putting together an event for Reboot Theatre Company that will tease our spring show and serve as a test kitchen for future productions.

Your weirdest survival job:
I was one of those marketing people who stood at the front of Universal Studios Hollywood collecting census data. I’d hold up little laminated cards and ask stuff like, “Can you tell me which one of these would best represent your annual household income?”

Seattle show you will remember forever:
The Williams Project’s Orpheus Descending in the black box behind the Intiman Theatre in 2014. The actors played three or four characters of different genders and types and the audience was completely transfixed. It reminded me why I love theater as an art form. Eight months later, I produced Reboot Theatre’s inaugural show, the nation’s first fully produced all-female 1776.

I would give anything to work with:
Ryan Purcell, artistic director of the Williams Project, for the reasons stated above, and also directors Desdemona Chiang and Valerie Curtis-Newton. Also Lin-Manuel Miranda, but, I know,
get in line, right?

Biggest non-theatre inspiration:
I devoured the works of Terry Pratchett, Tamora Pierce and Brian Jacques. Pierce wrote the Lioness quartet, and the character Alanna the Lioness really hit a chord with me. She was a girl who wanted to be a knight and disguised herself as a boy so she could train. It was one of the first examples of genderbending that wasn’t written as a joke and it was formative for me.