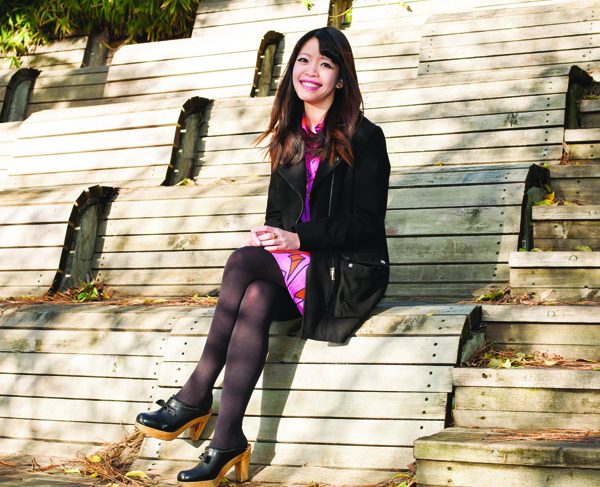 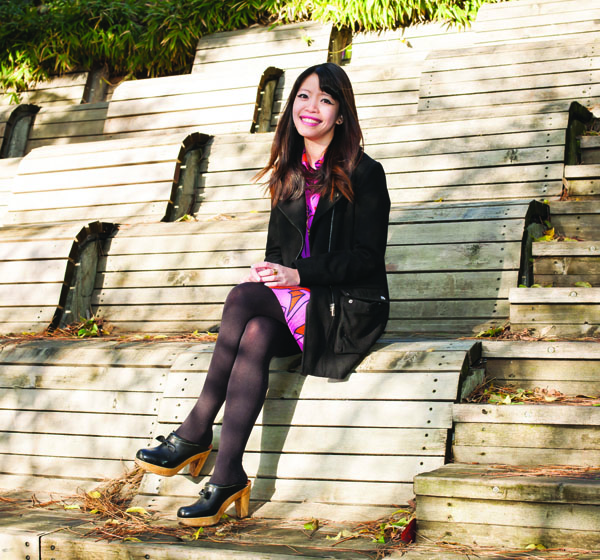 Last Thanksgiving Jane Wong was walking through Capitol Hill when she spotted a full roll of paper towels on the sidewalk, warped and bloated from the rain. She stopped, pulled out her iPhone and snapped a photo. Then she went home and added a few sentences about the paper towels to a 30-page document containing hundreds of descriptive snippets gathered over the past eight years.

“I’m always noticing things, especially things that other people ignore,” Wong says. “I’m drawn to strong images. I’m always recording them in my notebook or camera and they often end up in my poems.”

The minutiae of everyday life are scattered through Wong’s work. In her first full-length book, Overpour, haunted narrators reflect on tangled familial relationships and the lingering influences of immigrant parents in poems replete with images of nature, insects, food and people.

Wong has always been fascinated with words. Growing up in New Jersey, she spent most of her time at her now-estranged father’s Chinese takeout restaurant and was often sent to the local public library after school and on weekends. “I read a lot and studied fiction in college, but realized that I had trouble with linear narratives, which I see as something related to an immigrant background. Our stories are not always easy to track.”

Wong was born in the United States, but her parents are from China. After graduating from Bard College in 2007, she received a Fulbright scholarship and moved to Hong Kong for a year, intending to work on several short stories. Instead, the city’s fast pace, vibrancy and cultural patchwork cut tracks for a fresh form of writing. “Poetry offered a new way of thinking in terms of things not having to be so straightforward,” she says. “It gave me more room to play with components like meter, image and word sound.”

Wong went on to earn an MFA in poetry from the prestigious Iowa Writers’ Workshop and moved to Seattle in 2011 to pursue her PhD at the University of Washington. She’s been published in Best American Poetry, Pleiades and Third Coast, and has won a litany of fellowships and prizes. This summer she’ll tackle a series of nonfiction essays about growing up as a restaurant baby, her mother’s sartorial history in the post-Mao era and unlicensed dentists in NYC’s Chinatown, among other subjects.

Wong finds power as a writer of color in the current political landscape. “Growing up I loved to read, but I didn’t have the chance to read work from writers who looked like me until I was in college,” she recalls. “I’m carrying the burden of what happened to my family during the Cultural Revolution and the Great Leap Forward. I have the power to give that narrative voice and rewrite the histories that are wrong or absent in textbooks.”