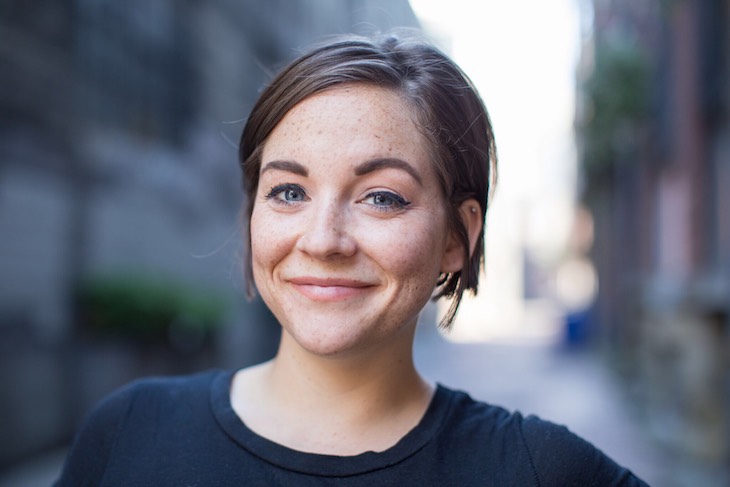 The last time I visited my sister in our hometown in Oregon, we took her baby to Costco to spend some government money on diapers and yogurt. It was October but the store had already put out the first Christmas displays. Pointing at a $280 price tag on a particularly garish inflatable teddy bear in a Santa hat, my sister raised an eyebrow.

We both smirked in not-subtle judgement. Like a lot of poor kids, we were raised to assess the character of strangers based on their spending habits.

It’s not that we were a tasteful household; we used the same strands of decorative aluminum foil garland until the holly leaves fell off and they resembled barbed wire. One year, my mom decided that we should decorate the tree with silly string. It looked awful.

One thing we learned was that usually, the more plain something looked, the more expensive it was. Furniture that was pointy and smooth was fancy; overstuffed armchairs were tacky. Jewelry with large stones was likely costume, but those Tiffany charm bracelets were at least a few hundred dollars.

This is also how we assessed the decorations during our annual tradition of piling into the ’92 Thunderbird on Christmas Eve to go judge the lights.

A lot of people who come into money later in life develop a taste for the audacious. With the exception of the really rich, who paid people to hang massive displays across their rambling yards, our general rule was that the more festooned, the newer the money.

Driving through the streets, craning to see what the rich people had in their yards, we’d try to guess how much they spent—the implication being that people with money were frivolous, somehow. That if we had the money we would spend it on nicer things.

My boyfriend, Keith, has this theory that we’ve been hearing classic Christmas carols all wrong. His favorite example is the Perry Como hit, “It’s Beginning to Look a Lot Like Christmas.” In the song, Keith thinks, the narrator is not overjoyed at the sight of decorations—there’s a tree in the Grand Hotel and one in the park, as well—nor is he delighted by the laundry list of the things that Janice, Jen, Barney and Ben are hoping their parents (who can hardly wait for school to start again) will buy for them. Instead, he says, the singer is irritated by the excessive nature of it all; the song is a send-up of middle-class values.

Keith and I live together in an apartment in the kind of single-family neighborhood that I always thought I could move into if I worked hard enough. Ours is the only apartment complex on a block that’s otherwise dotted with three-bedroom craftsman homes. The sidewalks are wide and the trees are thick and knotted and the yards are beautiful but not overly manicured.

We both live here—in Seattle and in this neighborhood—very much by choice. Which is to say, we came here on purpose and have worked hard to stay. He’s middle-class and left New England because it wasn’t kind enough to feel like home. I grew up on a dirt road, and since I was 15 I have been in hot pursuit of a different kind of life—no EBT cards, no Thanksgiving provided by the canned-goods drive.

We are building that life; me with my new money, he with his slightly less-new money. A lot of days we still feel like kids, even though our life is very grown-up. We bought a nice couch that is simple and well-made; I don’t think my parents have ever bought a new couch in their lives. But in spite of these things, we are renters in a neighborhood of owners and thus no one bothers to ask us our names or invite us to block parties. We put our small, apartment-sized tree in the window next to the Black Lives Matter sign.

As I walk my dog through unseasonable snowflakes and scrutinize the decorations—massive trees covered in baubles, LEDs that cost more but last longer, some sort of chime thing that plays a little carol—I often feel like I’m not really supposed to be here. The area’s median income backs me up, refusing to let me forget where I came from.

Living in one of Seattle’s more affluent neighborhoods, it’s become clear that the appeal of inflatable decorations knows no income level. Last year, a one-time starter home now valued at $1.2 million had one of the biggest blow-up Rudolphs I’ve ever seen—bigger than apartments I’ve rented. Once a working-class town (I’m told) where homeownership was within reach for most residents who punched a clock, Seattle is now a place where owning a place is only for the very wealthy.

All I ever wanted was to be wealthy enough to afford more tasteful decorations; now even if I could, I can’t afford a yard to put them in. I look for signs that the real estate market is dipping—counting the “For Sale” signs, reading every flier— but it never does, not even in the winter, when everyone says homes are the “most affordable,” whatever that means.