“I went to visit Fogle yesterday in the King County jail,” says his screenwriting partner Dan Yost. “He looked emaciated. Hepatitis C. He’s not sure how long he can last. He’s homeless, he has no place to go. He’s a really good guy with a heart of gold.” Fogle’s attorney did not allow him to talk to City Arts. 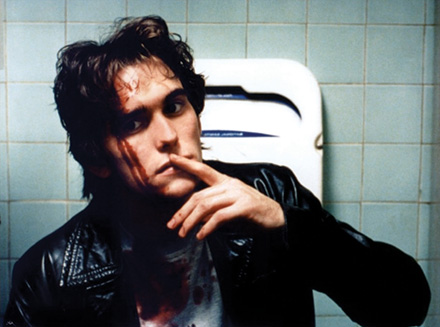 If Fogle survives, he may be in for a bit of ironic good news. Yost has had four meetings with the actor Christopher Lloyd (Back to the Future) about Vixen, a film inspired by composer Leoš Janácek’s foxy femme fatale. If a Czech investor signs this month, Yost will have the juice to market several Fogle projects:

Drugstore Cowboy Rides Again “Joel Eisenberg of EMO Films in LA is close to a money deal on this. We will make an offer to Matt Dillon. Some of the other original actors have already expressed interest.” Yost says a family connection may help him sign Heather Graham. “Love to have Grace Zabriskie (Big Love) back as the mom.”

Doing it All “A less violent Bonnie and Clyde road movie. One third is based on part of Fogle’s first novel, one third is drawn from stories Fogle has told about his life, and one third I made up. It has been optioned many times by multiple producers (including Cary Brokaw of Avenue Pictures, who did Drugstore), with everybody from Mel Gibson’s company to Brad Pitt’s manager to several directors expressing interest.”

Shotgun Wedding “It’s about a guy who gets married every time he gets out of prison, and Fogle’s basically done that. It’s combined with an incredible short prose piece he wrote about sawing through a bank roof and then using a blowtorch to get into a vault.”

“There are four or five other novels,” says Yost. Sadly, Fogle didn’t make much from the Drugstore Cowboy film. “Jim got $12,000. He got maybe another $10,000 out of the book. Fogle and I have a straight fifty-fifty split on all scripts. If the budget’s $5 million, the [sequel] screenplay fee should be at least 100 to 150K.”

Even in prison, Fogle may need money. “Right after the film came out,” says Fogle’s Olympia writer friend Dennis Eichhorn, “some convicts wrongly believed Fogle to be rich enough to shake down, which he soon put a stop to by making sure he was protected and sharing what little he had with the right people.”

But being in prison may be Fogle’s only hope as a writer. “As far as I know, he’s never written anything when he wasn’t in prison,” says Yost. Outside, he just blows his money on leeching friends and falls into bad habits. “There’s a franchise here, if he can make it,” says Yost. “He’s a pretty good storyteller. I just hope he lives long enough to see some of it happen.” •