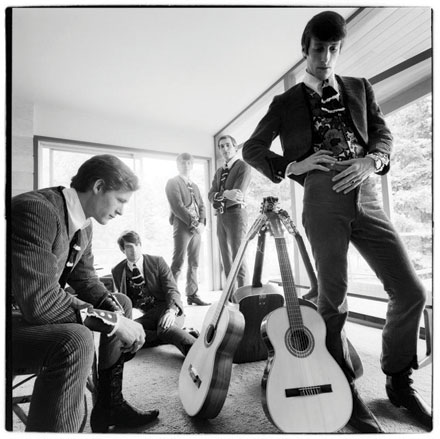 Where will you be on Halloween? I’m headed to Seattle to get my treat: seeing the Sonics at the Paramount.

Tacoma’s Wailers and Sonics are often cited as the fathers (or grandfathers) of garage punk and grunge music. As a kid in the 1950s and ’60s, I called it my music. Music parents couldn’t stand. We were Grit City teens with a taste for rhythm and blues. Loved it then and still love it.

Why? Because their sound was Tacoma heartbeat. Born, nurtured and raised here. Imagine, Tacoma boys — kids you knew — playing rock ’n’ roll, recording hits and getting groupies before anyone called them groupies. It was heaven.

Until last year, the Sonics hadn’t performed in thirty-five years. After much pleading and many cash-on-the-table offers, they agreed to headline New York City’s Cave Stomp Festival in November. I doubt the Stones could take thirty-five years off and sell diddly. The Sonics did. There’s still magic in a Marshall stack.

Many raves later, the band flew to London for two sold-out shows. Now, a European tour is under way. Glad the world’s catching up.

I’ll be sixty-nine by Halloween. Long past white bucks, pegged pants, turned-up collars and duck-tailed rebellion. But I want to celebrate the magic these Tacoma bands inspired: NORTHWEST ROCK!

Here’s what I remember. Bob Summerize came first. Bob who? Bob Summerize, a black R&B DJ on KTAC-AM radio. Before Elvis wiggled or Bill Haley could tell time, Bob Summerize sat atop a 6th Avenue Drive-In (or, as we used to say, “burger joint”) broadcasting the scandalous sounds of King, Chess, RPM and other rhythm labels from Cincinnati, Los Angeles, New Orleans and the East Coast. The coolest sounds on Puget Sound. Goodbye, “O Mein Papa.” Hello, “Annie Had a Baby.”

Kids in Tacoma listened. They bought the records at stores on Broadway. They bought Harmony guitars at Sears and lugged drum kits and school-
issued saxophones to basements and garages across the county.

Bob Summerize planted the seed and the tree that grew was the Wailers, Bluenotes, Volk Brothers, Little Bill, Ventures, Galaxies, Rockin’ Robin Roberts. The songs still resonate. I can hear “Dirty Robber” by the Wailers now. For a Tacoma boy, this music couldn’t be more personal. Why, Little Bill’s “I Love an Angel” was written for Randi Green, who lived four blocks from my house.

I remember the goose bumps. I was driving my 1950 Merc when “Tall Cool One” popped out of my speaker. Spine shivers right in the car. Cool. Cool. Cool. It went national, bringing the Wailers to American Bandstand with Dick Clark. Tacoma was hooked.

Meanwhile local bands filled the grange halls, community centers, VFW halls and church basements. One afternoon, the Wailers played for a promotion at Kresses on Broadway. They drew fifteen hundred kids. Elvis was in the building and wouldn’t leave.

A couple of years later, Rockin’ Robin Roberts, 20, and the Wailers released “Louie Louie” on Tacoma’s Etiquette Records, ET 1. I remember Robin at fifteen, lip-synching a Sam Cooke song at an Annie Wright tolo. Just a kid, but with presence. His version of the Richard Berry classic flew up the regional charts and topped all local contenders. It couldn’t miss — I thought. Turned out the Wailers could invent Northwest Rock, they just couldn’t sell it to the rest of the world.

Finally came the outrageous, buzz-amped monster: the Sonics. They wrote fingernails-on-the-blackboard songs, led by the amazing vocals of the unrepentant, primordial Jerry Roslie. In 1964, the Sonics blistered local radio with sounds from the dark side — “The Witch” and “Psycho.” Search YouTube for the “Sonics” to find a posting of “Psycho.” There are 40,084 views listed of a 45 rpm record going around as the tune plays. Why does the world still want to hear this sound?

You heard it right: in Tacoma in the 1950s and ’60s something was happening and we didn’t know what it was.

See you at the Paramount.