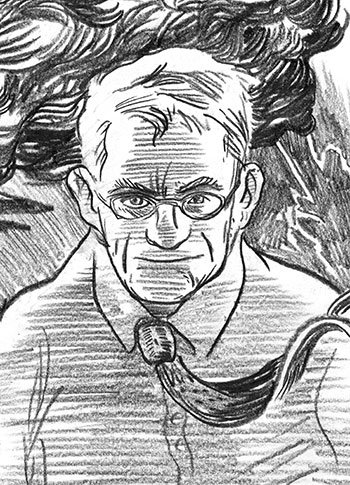 Every four years, Seattle Opera goes into overdrive to deliver the most epic theatrical experience in the opera world: the Ring. Not many companies do Richard Wagner’s four-opera cycle in its entirety, but those that pull it off are known for it. Der Ring des Nibelungen, as it’s officially known,has a serious cult following. Die-hard fans make pilgrimages to see the complete work as often as possible, sometimes visiting several continents in a single year. The plot, based on German and Scandinavian myths and folk tales, centers on a magic ring that grants power to rule the world (sound familiar?). Finished in 1874, the cycle took Wagner 26 years to complete.

Seattle Opera’s 2013 production will be the finalcycle for the company’s general director of 30 years, Speight Jenkins, who retires in August 2014. Replacing him is Aidan Lang, a Wagner-phile who directed the first Brazilian production of the Ring at the celebrated Teatro Amazonas in Manaus, and kindly obliged our request for help demystifying this arts phenomenon. We chatted with the affable Brit from his office at New Zealand Opera.

Why is the Ring such a big deal for an opera company?
It’s a huge undertaking! The opera world is littered with companies that have started the cycle and aborted when they realized how hard it is. I popped into a rehearsal when I was in Seattle and I thought, “Now this is a company that takes putting on the Ring cycle in its stride.” Any company that has the knowledge and fortitude to put on Wagner’s Ring cycle regularly is a force to be reckoned with.

Why does it have such a crazy cult following?
It’s one of the great achievements in all of the arts. The extraordinary thing about the Ring is that every generation will reinterpret it and find new meaning and new resonance, and that’s its appeal. It can be done in an endless number of ways. If you’re doing a plot-driven piece, like The Marriage of Figaro, it’s fairly straightforward. It takes place in a number of rooms, in a very set society and action happens. Someone jumps out a window, so you need a window.
The Ring is completely open. It’s the classic blank page. You think: How do we represent water? How do we represent fire if we don’t want to burn the theatre down? What do gods look like? What do dwarves look like? What do Rhine maidens look like? What was Wagner thinking—and what would today’s audiences connect to?

What makes people want to sit and watch it for 15-plus hours?
Fundamentally, it’s about the corrupting influence of power, and the redemptive quality of human love. That’s why it works. We think of power being the realm of gods and politicians, and love being the realm of the mortals; the Ring’s brilliance is that it takes these seemingly contrasting ideas and it marries them.

How many productions of the Ring have you seen?
Oh goodness. Honestly, I’d have no idea.

Photos of the Ring show a lot of opera clichés: women in horned helmets and breastplates, that sort of thing. Does that really exist in many of these productions?
It can, but it’s important to remember that, year in and year out, our visual tastes change. Think of film. Each decade we think that what we see is the ultimate in the way that realism is depicted. And then 10 years on, you look back and they look creaky. The same happens with the way we present theatrical reality on the stage. It’s always in a state of change, and so the Ring cycle will always be presented in different ways. And that’s as it should be.

How will Seattle Opera be different when you’re General Director?
What I would like is if in five years’ time audience members are saying, “You know, things are kind of different but I don’t know how we got there.” It will be a smooth change rather than revolution. Speight and I both believe passionately in making memorable experiences, because that’s what it’s about: making an evening at the opera, storytelling through fantastic singing and great music. When it all comes together, on those occasions when it really works, it is the most extraordinary art form.