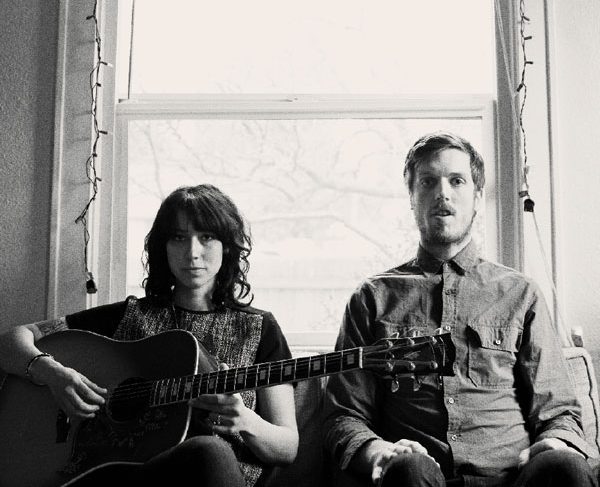 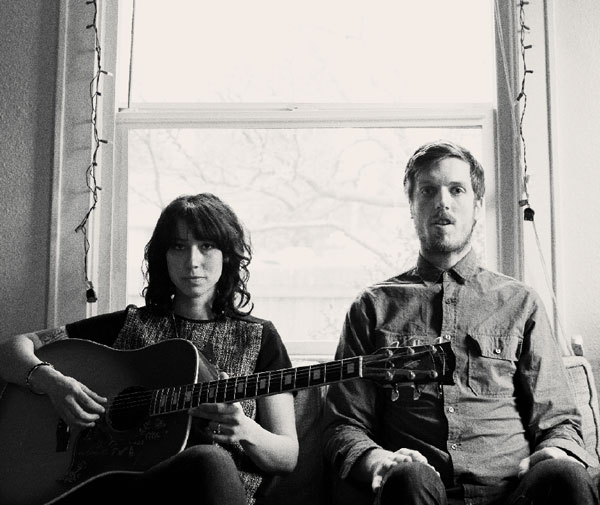 Deep Sea Diver’s Jessica Dobson is a dominant, in-demand guitarist. But something else is at the heart of her music.

Deep Sea Diver capped its unlikely rise in 2012 by taking part in a great pop tradition: the Christmas single. The song, an original, is called “It’s Christmas Time (and I am Still Alive).” It’s a simple ballad, much gentler than most of the indie rock band’s aggressive output. Bandleader Jessica Dobson plays a rolling melody on the keyboard while singing in her steady contralto. Three quarters in, the drums of her husband, Peter Mansen, ricochet onto the scene as Dobson’s voice swoops to the rafters, giving the song a sudden drama. It’s a bit of pop craft worthy of Queen or the couple’s shared musical hero, David Bowie. But the music isn’t the remarkable part of this song. Rather, it’s the declaration of faith around which it’s built.

“I know baby Jesus shed a tear for me,” Dobson sings. “I was never good enough, but that’s not what he sees. I’m a child of God, precious in his sight. It’s Christmas time and I am still alive.”

The song seemed to confirm a suspicion about Deep Sea Diver that formed around the band’s debut full-length, History Speak: These are musicians with faith at their core. It’s written all over their music.

“As we walk in the valley of the shadow of death,” Dobson sings, rephrasing Psalm 23 (and Coolio, it should be noted) on the scorching pop song “NWO.” “I feel the fear in your hollow spine is at rest.”

On another song she sings, “It’s the weekend wars, call on the Holy Ghost. My hands battered and worn, another fool to ignore.”

And yet every story about Deep Sea Diver focuses on other aspects of the band’s rise: former projects, Dobson’s gender, her marriage to Mansen. Nobody talks about the clear influence religion plays on these songs.

When I meet with Dobson and Mansen at Fremont’s Lighthouse Coffee, there are two books stacked in front of the two pillars of the five-person band. On top is a volume titled Jesus Through Middle Eastern Eyes. Below it is a thick tome with gilded pages that I assume is Dobson’s Bible. Talking to the pair of 28-year-olds—he a Tacoma native dressed in stocking cap, unshaven; she from Southern California, wearing a flower-patterned blouse and a wide smile—their Christian faith is evident. Mansen calls their recent successes a “blessing” more than once. Dobson speaks of her passion for hymns and her desire to record an album of reimagined religious songs.

I can’t help but think that they are wishing someone would ask them about their faith. So I do.

“I don’t write Christian songs,” Dobsons says considerately in response. “But it’s definitely a worldview that we hope would saturate every moment of our lives, where we aren’t compartmentalizing it. What I care about is naturally going to come out in the music. It’s an exciting thing for us.”

She pauses. “That’s a big question you just asked.”

“It’s such a delicate subject,” Mansen follows. “We live in a world where the name of Jesus has been used to afflict and harm people. The baggage that comes along with Christianity is that you are instantaneously associated with homophobia, certain forms of racism and overt, unfortunate forms of nationalism. The idea of anti-progress. The fear is that a lot of people will associate our band with Christianity and before any sort of understanding or any sort of listening to what we do, they’ll disregard it.”

I ask Dobson to expain the issue further. “One of my biggest influences is Nick Cave,” she says. “I don’t know what he believes, but he quotes a lot of scripture. I know that he talks about the gnarliest, bloodiest vile things in life. Then he sings, ‘Jesus only loves a man who bruises.’ He is dealing with some serious stuff and also doing heroin at the same time. I want that same brutality and freshness. I wanna shake people.”

History Speaks did rattle some people, revealing a pop band of great power and originality. The songs are textured with unorthodox drum patterns, contrasted by bright melodies brought to life by Dobson’s slashing guitar and forceful, curling voice. The full-length was the best-selling album of the day on Bandcamp when it was released in January of 2012, and has since sold around 3,000 copies. In the last year, Deep Sea Diver has played buzzed-about sets at Doe Bay Fest and Bumbershoot—garnering an unlikely amount of praise for a band that only played a handful of live shows the entire year.

The band wasn’t playing often, but Dobson was. In 2011, James Mercer needed a lead guitar player to join the touring band of his hugely popular indie pop act the Shins. Dobson had proven her guitar skills on a national stage in 2008 when influential pop star Beck hired her to play in his touring band. Mercer asked Dobson to do the same for him. She went on two major Shins tours in 2012, playing to tens of thousands at festivals, including Sasquatch and Bonnaroo. She traveled across Europe and soloed authoritatively on both Saturday Night Live and Jimmy Fallon. Fascination followed her, not only because her guitar work gave Mercer’s dewy melodies an effective counterweight, but because she was a she.

Dobson’s music career started when she was a 19-year-old singer-songwriter playing coffee shops in Southern California. She was signed to a major label deal, groomed to become a chart-topping pop performer in the vein of Avril Lavigne and sent to the studio. She scrapped the first album she made in New York and then enlisted storied Seattle producer Phil Ek for her second attempt.

Dobson met Peter Mansen while making that record. She was taking a break and he was working at Lighthouse Coffee. Dobson walked in while he was practicing throat-singing, making his co-workers—and Dobson—laugh. A long-distance friendship started and turned into a marriage, which led to the band.

Up until that point, Dobson was keeping her secular art separated from her faith. Raised a Christian, she used her musical abilities to serve her faith, leading worship at her church. Separate from that she wrote pop songs about love and yearning that she now refers to as “pedestrian.” Mansen, a pastor’s son, encouraged her to stop separating her faith from her calling.

“He said, ‘You’re hiding something,’” Dobson recalls. “Nobody had ever challenged me in that way.”

In 2009 the first Deep Sea Diver EP suggested the faint outline of Christian themes, but by the time the couple married, settled in Seattle and recorded History Speaks, their music was rife with the issues that come with a devout life, including personal sacrifice, surrender and doubt.

“You are seeing, very much, a faith journey in this album,” Mansen says. “There’s a lot happening. The song, ‘History Speaks’—a lot of people take that as a love song, but really it’s about a difficult time in our marriage. We were an integral part of a failing and crumbling church and we were miserable. And that was our escape, to write that song, a kind of a psalm in and of itself.”

The band left that crumbling church for the controversial ministry of Mars Hill, where Dobson again led worship with that deep, distinctive voice. She even recorded hymns, such as “This Is My Father’s World” and “I Will Return to My First Love,” with a Mars Hill-affiliated band called the Gentiles.

The couple has since left the church. “I don’t want to be associated with them,” Dobson says. When Mansen begins talking about their reasons for leaving Mars Hill, Dobson stops him. “I’d rather not feed that beast,” she says, and he relents.

Dobson and Mansen currently attend another church in the Green Lake neighborhood. They like the ministry so far, applauding its focus on belief rather than church leaders, but Dobson has yet to offer her services as a singer. She says it would be rude to appear out of nowhere and lead the crowd of strangers. Besides, she has a band to focus on.

Photo by Sarah Rhoads of We Are the Rhoads