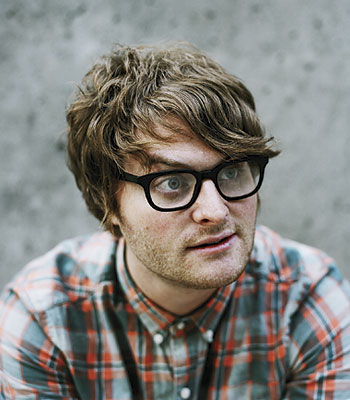 Five can’t-miss tracks from the PNW

STOP HAVING FUN Wimps
It’s tempting to hear this song, from Wimps debut Repeat, as a farewell to demolished punk club and Wimps incubator the Funhouse. But it’s really just another great, simple punk song about ever-elusive joy, joining classics like the Stooges’ “No Fun” and the Suicide Commandos’ “Complicated Fun.” “I got a long face,” blurts Rachel Ratner. “That’s because I’m a horse.”

CLOSE Sam Anderson
Hey Marseilles cellist Sam Anderson has thrown out his bow. On “Closer,” the calmest in a series of skittering solo compositions he’s posted online in the last couple months, the multi-instrumentalist sings in a breathy croon over a relaxed chord progression on piano as electronics blip and twitter around him: “It’s time to get close.”

GHOSTS AND CREATURES Telekinesis
Michael Lerner (left) has a history of carving out an undeniable hook. So it’s no surprise that this first cut from his upcoming third full-length album as Telekinesis is a pop gem that pulses with life—and swells into an undeniable hook, which could be a club anthem. It’s begging for a remix.

PASSPORTS the Comettes
The scary thing about this band is that it’s existed for only six months. This track, from a recently issued EP, is the kind of languid baritone ballad with echoey, tremulous guitar that would sound great from a band like the National or Editors. The future is bright for the Comettes.