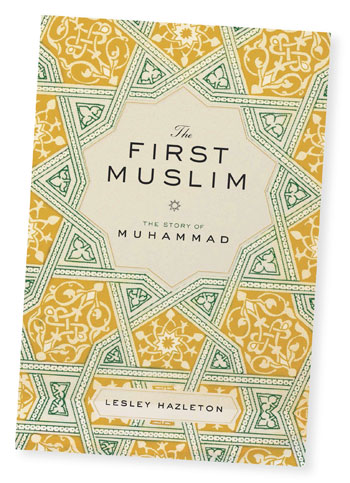 When Muhammad was a child and felt like an outsider, “a certain wariness crept into the corners of his eyes, and his smile became tentative and cautious.” As a grown man receiving revelations, he was “covered in sweat yet shivering…inhabited by those words that were his and yet not his.” Written by former New York Times Middle East correspondent, PEN Award finalist and Seattle resident Lesley Hazleton, The First Muslim: The Story of Muhammad is filled with compelling details like these. They bring to life and humanize the prophet for an audience who generally gets a fear- and hate-soaked view of Islam. The book stands as a great antidote to, for example, last year’s infamous “Muslim Rage” cover of Newsweek.

There’s a problem though, and it’s a fatal one: Much of the book is based either on biographies written centuries after Muhammad’s death or simply made up. We don’t know a lot about the historical Muhammad, much less what was going in the corners of his eyes or the nature of his perspiration.

There’s a word for the kind of book where you’re allowed to make things up: fiction. What Hazleton has assembled here could be the makings a good novel, along the lines of Norman Mailer’s The Gospel According to the Son. It might even be okay if it were a work of scholarship with passages of informed speculation that were clearly called out as such. But the cinematic close-ups of Muhammad’s expressions and glimpses into his inner life are woven seamlessly into the narrative along with more verifiable facts. Yes, there might be a case for the historical accuracy of some of the sources Hazleton uses, but she doesn’t make it, instead simply asserting that the sources are “definitive.” Which is news to the world of professional Islam scholars.

For someone whose goal is to humanize Muhammad, this is at best a wasted opportunity and at worst a breathtakingly dishonest and irresponsible undertaking. In seeking to split the difference between biography and novel, The First Muslim succeeds as neither.