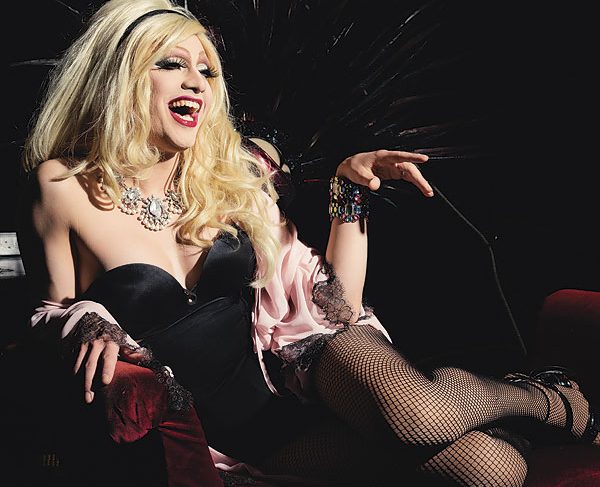 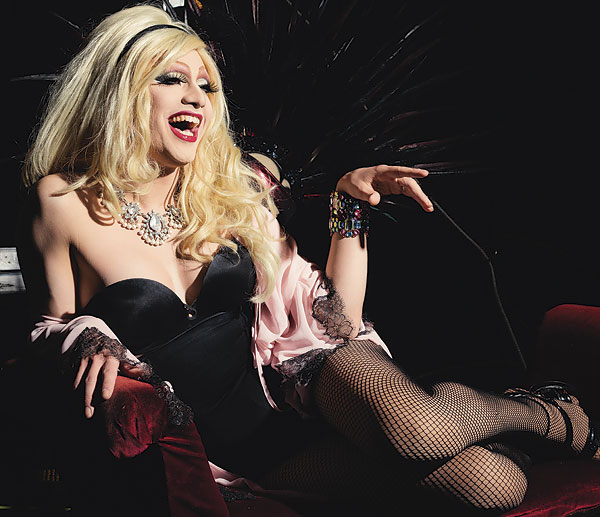 Three years ago, Jerick Hoffer was putting himself through college at Cornish by working as a janitor. After graduation, he landed some good roles with Seattle Shakespeare Company and Book-It Repertory Theatre, but then the parts stopped coming. So Hoffer turned his focus to drag, reviving an alter ego he’d been developing since he was 17: Jinkx Monsoon.

“I describe her as a mix between Lucille Ball, Sarah Silverman, Jennifer Coolidge and my mom,” Hoffer says, wearing a buoyant fur ushanka and black wedge heels, his signature ginger hair peeking out from under the hat. “In college I started re-examining drag as more of a performance art rather than just gender illusion or a hobby,” he continues. “That’s when Jinkx Monsoon was not longer just Jerick in drag. Jinkx Monsoon was her own entity with her own back story.”

A year or so passed while Hoffer built a busy schedule for Jinkx, including weekly shows at Julia’s on Broadway as part of Le Faux, a long-running drag institution. At that point, a friend set up Hoffer with an audition for Balagan Theatre’s production of Spring Awakening. He landed the part and his powerful performance as the sexually fraught teenager Moritz made him a rising star in Seattle musical theatre.

That’s when the 5th Avenue invited him to audition for his dream role: Angel in RENT. Many years before, at the age of 10, Hoffer went with his aunt to see his the Broadway musical in his native Portland.

“When Angel came out as naughty Mrs. Claus, I was secretly ecstatic,” he says. “She was all I watched on the whole stage. Until I re-read the script for my audition, I couldn’t remember a thing about it except for Angel, and that she’s a drummer and that she wears all the best outfits.”

Fifteen years later, Hoffer delivered a mold-breaking, redheaded Angel, complete with what Hoffer calls the “cooter slam” splits, a physical feat that matched his electrifying rendition of “Today for You, Tomorrow for Me.”

Stage success was only part of Hoffer’s remarkable 2012. He also made it onto RuPaul’s Drag Race, a reality competition show for drag queens. Before starting RENT rehearsals, he sneaked out of town for a few weeks to film the show—unable to tell anyone where he was going due to its nondisclosure agreement. The new season of premieres Jan. 28 on LogoTV.

This month he stars in Hedwig and the Angry Inch at the Moore Theatre, but in the aftermath of his TV exposure, most of Hoffer’s 2013 will be Jinkx gigs. He has no intention of choosing between drag and musical theatre in his career, however.

“Some of my biggest dream roles are female roles,” he says. “My dream is to become a famous actor, a ‘dragtress’ who’s known for playing female roles.”

Photo by Dylan Priest. Return to the complete Future List.