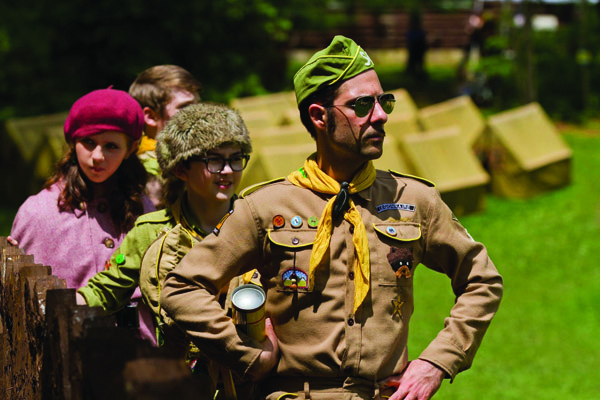 Oct. 2
Dark Shadows
At some point Tim Burton stopped being a unique visionary and became a style to add onto existing trademarked properties. I’m not sure if he’s aware of the problem, since he’s literally made a billion dollars. But I’m happy to see his passion shining through in this weird adaptation of the ’70s horror soap that he and pal Johnny Depp grew up on. Depp plays a vampire revived in 1970s New England to take control of the estate he left behind and avenge the witch who cursed him (Eva Green). The odd mix of Burton’s cartoon Gothicism, some goofy comedic premises and reverence for the operatic storylines of the show make for a surprising amount of fun. BT

Oct. 11
Prometheus
This is an epic, ambitious sci-fi film about existence and our place in the universe—and it raises more questions than it answers. This film works on a primal (if not entirely logical) level, contains one of the greatest horror set-pieces of recent years and is visually dazzling. It’s anchored by a great, unhinged physical performance from Noomi Rapace and an equally controlled and creepy Michael Fassbender as David the android. And so what if there are some plot holes and character inconsistencies? In a cinematic landscape starved for inspired imagery, Ridley Scott’s weird alien vistas and crazy monsters are a godsend. KC

Oct. 16
A Slender Thread
In this engrossing 1965 drama inspired by a  magazine article about the Seattle Crisis Clinic, Anne Bancroft gives a fearless performance as an unhappy housewife whose growing emotional problems lead her to consider suicide. Sidney Poitier co-stars as a University of Washington student who volunteers answering phones at a suicide crisis clinic and he ends up being the only hope to keep the desperate and severely depressed woman alive. The film is packed with lots of vintage Jet City footage captured on beautiful black and white film. Adding to the film’s local interest is a jazzy soundtrack by Quincy Jones. SH

Oct. 16
Moonrise Kingdom
With just as much mathematical precision as it took to create, Wes Anderson delivers a play-like romantic comedy for young people. The story centers around two 12-year-old children on a New England island in 1965. Suzy (Kara Hayward) sets out on an adventure with “retired” Khaki Scout Sam (Jared Gilman). The two are ingenuous, imaginative, devoutly in love, and determined to get what they want despite the onslaught of negativity cast onto them by adults and their peers. The film is another brilliant example of Wes Anderson’s perfectionism. MP

Oct. 16
The Sterile Cuckoo
Finally coming to DVD is Alan Pakula’s 1969 almost-classic love story about college freshmen misfits discovering themselves. Liza Minnelli is stellar as Pookie, a self-centered neurotic trying her hardest to open her private world to someone else. That someone is Jerry, a lifeless nobody attracted to, and then repulsed by, Pookie’s eccentricities. The most obvious problem is the countless montages of the lovers frolicking about to insipidly sappy music. These scenes de-emphasize the growing divide between the two and make the film a bit schizophrenic. That aside, the poignancy of Minnelli’s performance, especially in the latter half of the film, is worth the effort. RG