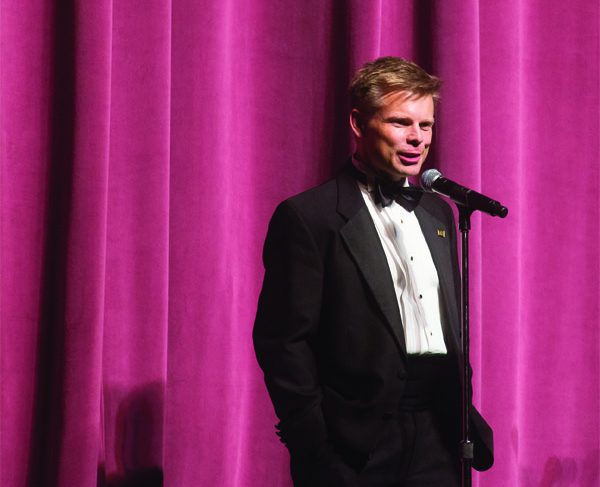 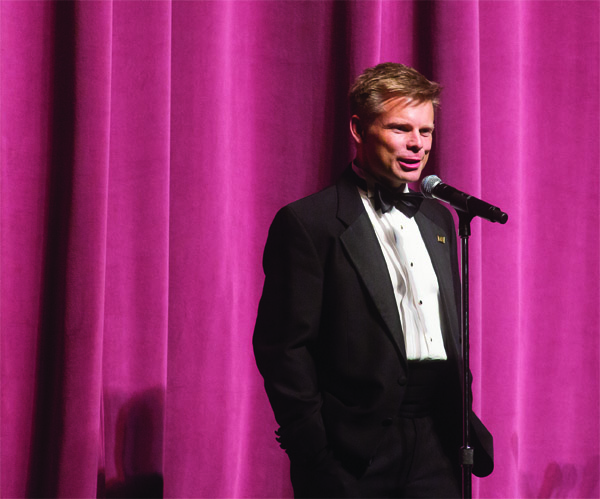 State Representative and tenor Jamie Pedersen talks about how the Seattle Men’s Chorus and the Seattle Women’s Chorus will use their voices to support Referendum 74.

When I first ran for office in 2006, it was a hotly contested Democratic primary for the seat in the 43rd legislative district. There were six Democrats running and, in the end, I won by 229 votes out of 22,000 cast. That’s about how many people sing in the Seattle Men’s Chorus in any given quarter. I joked afterwards that they were my margin of victory.

But the Seattle Men’s Chorus, regularly active in state issues, took me to Olympia long before then. As a chorus member before I was elected, I made multiple trips to sing at the capitol for Equality Day and when we were trying to get the Civil Rights bill passed. We sang for former Governor Gary Locke at one of his inaugural balls in the Capitol. These worlds are connected.

Part of the mission of the chorus is social change. Before every concert, artistic director Dennis Coleman reminds us that we are going to change someone’s life tonight because there are literally thousands of people who have come out by bringing friends, family members or co-workers to Men’s Chorus concerts. It’s a gentle icebreaker for a lot of people. There are a lot of people who come to concerts knowing that we’re good, but not knowing that we’re gay. Though what kind of rock you have to live under not to know that, I don’t know. But every time we perform there are people whose eyes and hearts are opened in different ways.

We have different kinds of shows.  Some are more for fun, such as a concert where we’re singing all ABBA music. There’s a very light touch of gay issues. Then we have some themed concerts that are directed at LGBT issues and make the message more explicit. This set of concerts in support of approving Referendum 74 is like that. It lies at the core of the chorus’s mission of creating a world that values and accepts its gay and lesbian citizens.

We are singing five songs. Two we’re singing because they are lively and fun: “Dancing Queen” and “Livin’ La Vida Loca.” The other three are direct-message songs. “Don’t Knock It” is about marriage equality. The Hawaiian-style “Over the Rainbow” suggests getting to the other side of the rainbow, a place where our families are respected and valued and not discriminated against. The last song, “Marry Us,” was sung by about 20 friends from the Men’s Chorus at my own church wedding to my partner Eric more than eight years ago.  I hope we will hear it again at our “legal” marriage ceremony.  AS TOLD TO MARK BAUMGARTEN

Voices United for Marriage will be performed by the choruses on Oct. 21 at the Mount Baker Theatre in Bellingham and Oct. 26 at the Center for Spiritual Living in Seattle. Photo by Steven Miller.