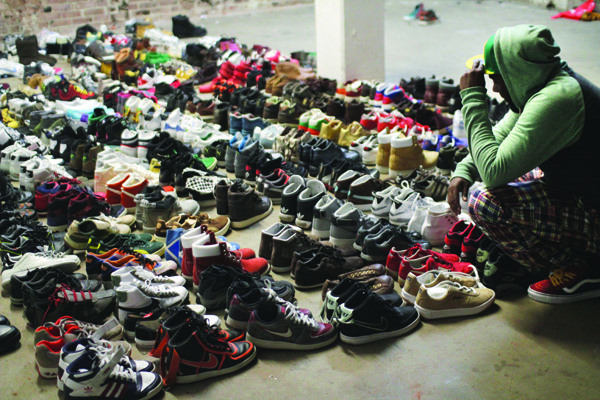 Tilson is known for being unknowable. The one-named enigma may or may not live in Tacoma; we see him around Seattle often though. Until a couple of years ago, he co-led beloved Seattle hip-hop hipsters the Saturday Knights (now defunct) and these days he bottles his own ginger beer called Books and Bridges (it’s got serious bite). Last month, he began releasing long-awaited solo material, a genre-fuck blend of hip-hop, rock and velvet vocals. 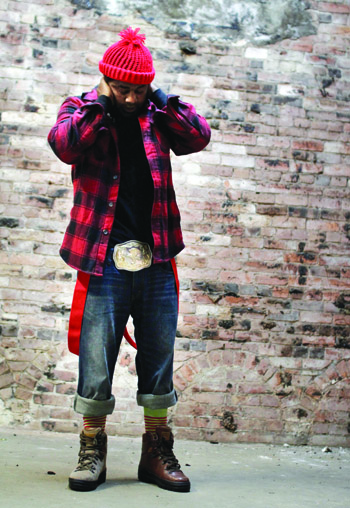 At the prodding of the magazine, Tilson brought a fraction of his favorite footwear to one of the Old Rainier Brewery vaults for a photo shoot. That’s right: What you see above is not all the shoes he owns. He has a thing for high tops, hiking boots, the color red, and details like ombre laces, unusual embroidery (ducks taking flight?) and fragrant rubber soles made with sweet tobacco.