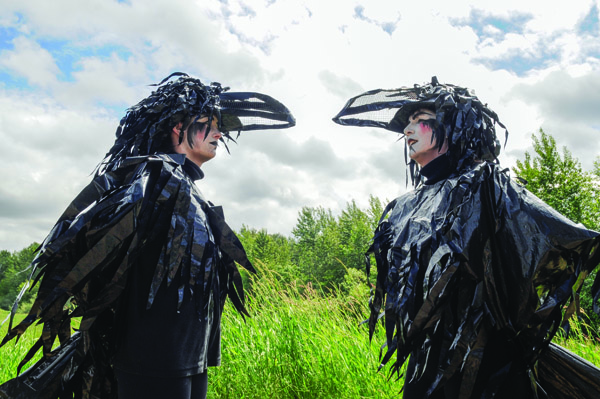 When Llysa Holland and the theater simple gang stumbled upon Seattle’s Fringe Festival in 1988, they were so enthused they volunteered to lick stamps. This month the “Simpletons”—seen lately creating intricate adventures for the Make-A-Wish foundation—appear at Seattle’s first Fringe Festival in nearly 10 years, presenting an elaborate, interactive piece inspired by Edward Lear’s nonsense poem “The Owl and the Pussycat.”

As someone who’s been to dozens of fringe festivals, what do you find unique about Seattle Fringe?
The flavor of every city comes through in the art and the audiences. Seattle’s audiences are pretty generous. They’re also really honest. People will come up to you and talk to you after the show and say, “Wow I really loved this bit,” and “I did not understand this at all.” The thing that’s going to be special about this particular Fringe is that it’s very concentrated—in terms of the locations and also in only having the [five] days.

What drew you to “The Owl and the Pussycat”?
I thought it could be really fun visually. If you think about the owl and the pussycat, we’re talking two technically incompatible animals—a bird and a cat. And what are their friends? Another bird and a pig. It’s the Romeo and Juliet thing—people of the other. It could be about a Republican and a Democrat. Or about gay marriage—that fur and feathers shouldn’t marry each other. It will be a fun, openhearted way to look at things that people are too intense about.

Are there any other Fringe Festival shows you’re particularly excited about?
I’m always interested in the stuff Ear to the Ground does. Shana Cordon, who’s coming in from Colorado, has done some interesting work, so I’m curious to see what she’s thinking about. Yana [Kesala] is doing The Ukrainian Dentist’s Daughter and she was just named Best Female Performance at Winnipeg Fringe. But I think everyone should go see everyone’s shows. For heck’s sake, you can sleep Monday!