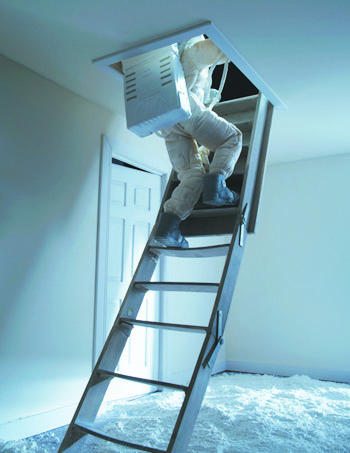 Who would give up life on green, comfortable Earth to join a mission bound for Mars? Photographer Bill Finger ponders some big questions in Ground Control, showing at Punch Gallery through October. The existential drama inherent in the idea of space travel bleeds through this minimalistic, precise image of an astronaut ascending the hatch, an attic door, into moonlit blackness. He leaves behind familiarity, preconceptions and assumptions about what’s to come. As in all of his work, for Ground Control Finger first creates a miniature diorama of each scene, then photographs it, then destroys the model. What remains is an idea of an idea, not unlike memory itself. Of the daily realities and consequences of galactic expansion, Finger says, “I look to these questions while exploring the mystique of the Astronaut as popular figure and Mars as mystical destination.”