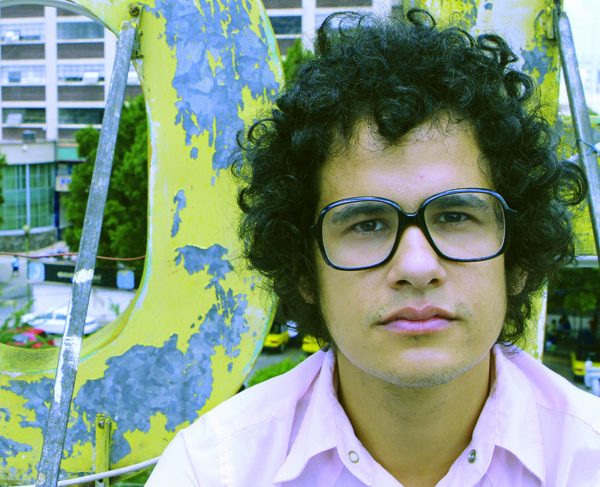 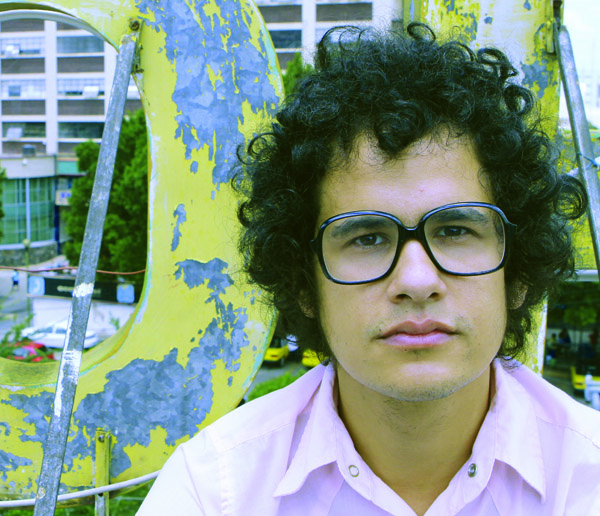 After a decade of calling the shots with the Mars Volta, Omar Rodriguez-López powers his new creation with collaboration.

Omar Rodriguez-López doesn’t particularly care whether or not you like his music. He’s not making music for others to enjoy. He’s making it for himself, and he’s wholly unrepentant about that fact. It’s a matter of personal fulfilment.

“I have no interest in entertainment,” he says over the phone from Stockholm, where his new band, Bosnian Rainbows, is in the middle of a European tour. “I have interest in self-expression.”

So far, that expression has come through dense, lengthy, challenging rock music far too alienating for commercial radio. Call it pretentious, but his inimitable brand of grandiose wankery has earned him a cult-like following of prog-heads and stoners across the globe. But things are shifting in his world.

Over the last 19 years, Rodriguez-López has released more than 40 albums—from his seminal post-hardcore band At the Drive-In, interdimensional prog-rockers the Mars Volta and solo records under his own name. As the self-described “dictator” of the Mars Volta, Rodriguez-López controlled every note the band recorded in the studio, meticulously crafting sprawling opuses to conform to his specific vision, and in the process replacing his bandmates like disposable contact lenses.

“I said this at the beginning of Mars Volta—I embarked on a very selfish endeavor,” says Rodriguez-López. He started the band in 2001 after quitting At the Drive-In, right as that band was achieving mainstream popularity. The democracy of the project is what drove him away.

“Eight years we were in a band where we had to have a meeting about the shade of yellow on the fucking poster, so everything took weeks,” he says. In the Mars Volta, Rodriguez-López intended to have complete control. “People say ‘self-indulgence,’ and I always said, ‘Yes, I am indulging in the self. I feel I deserve it. I am very happy to do it, and it’s a phase I am going through, please allow me to go through it. I’m sure one day I’ll come out of it.’”

That day happened some time last year. Following the release of its sixth album Nocturniquet in March, Rodriquez-López announced the Mars Volta was going on hiatus, and that for the band to continue, something would have to drastically change. After 11 years of calling the shots, the role of tyrant was no longer appealing.

Embarking on a tour as the Omar Rodriguez-López Group, he enlisted Mars Volta drummer Deantoni Parks, Le Butcherettes singer Teri Gender Bender and keyboardist Nicci Casper. The four hit it off and decided to move forward as a new band, Bosnian Rainbows—the band that will play their first-ever U.S. gig during Heineken City Arts Fest this month. They write all their material collaboratively, something Rodriguez-López hasn’t done since At the Drive-In. “Being part of the team, not the center,” he says.

Bosnian Rainbows has done away with the lofty, decadent prog that defined the Mars Volta. But Rodriguez-López claims the same influences still lie at the heart of the music: He cites Can, Siouxsie and the Banshees, Gang of Four and Led Zeppelin.

“All those things are there, it’s just different elements of those things,” he says. “You make it shorter. It’s stripped down, it’s starker. The very melodic side of Can; the very textural side of Siouxsie. You take all those elements, and you take elements that maybe you weren’t exploring as much before.”

The best parallel between his previous work and Bosnian Rainbows, however, is Pink Floyd, a lifelong influence in Rodriguez-López’s music. But instead of the dark, extended psychedelic breakdowns that inspired the Mars Volta, his current touchstone is the Syd Barrett-penned concision of Floyd’s 1967 debut.

“I’m exploring my favorite record by Pink Floyd, Piper at the Gates of Dawn,” he says. “Short pop songs. They still had areas where they improvised, and live they stretched it out a bit, but they were all very short, well-crafted, minimalist pop songs.”

If creative energy could generate electricity, Omar Rodriguez-López would power a small city. Over the past decade, he’s released multiple solo albums a year on top of the Mars Volta’s steady output. He doesn’t see that pace continuing as he shifts focus to his new band.

The surplus of creativity doesn’t simply dissipate though; it requires an outlet, musical or otherwise. His second feature-length film, Los Chidos—a graphic and divisive film inspired by the idea of returning the woman to a rightful place in the holy trinity—premiered this year at SXSW. Filmmaking has given Rodriguez-López not only a new channel for expressing his ideas but has also been essential in forcing him to work collaboratively.