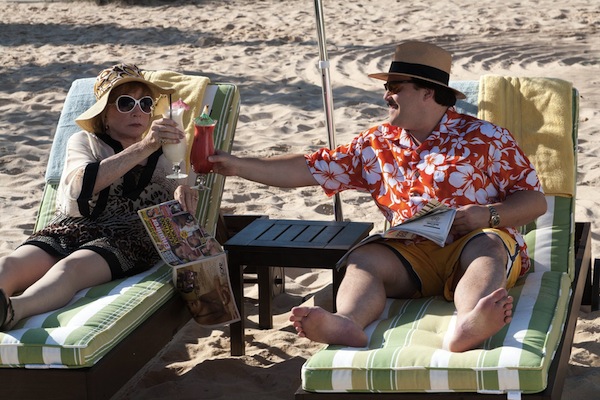 Aug. 14
Community: Season 3
When it seemed like NBC’s cult comedy series Community was going to get the axe, ardent fans rose up with demands for “six seasons and a movie” while the show’s talented cast and creative staff unleashed the strangest season yet. Highlights include a fully functional dreamatorium, a parallel reality episode that was nominated for a Hugo Award, parodies of Heart of Darkness, Ken Burns’ Civil War documentary (with narration by Keith David) and Doctor Who, and a spot-on spoof of Law and Order. The impressive list of special guests includes John Goodman, Michael K. Williams, French Stewart as a former French Stewart look-alike, Michael Ironside and Luis Guzman. While Community did get renewed for another season, there is speculation that this is the last “good” one. SH

Aug. 14
The Raid: Redemption
The Raid is easily one of the best and most intense action movies of recent years. In Indonesia, a SWAT team must get to the top of a housing development to take out a ruthless crime lord. Backup is not on the way, and each floor is full of new threats. The relentless gun battles are a kick not seen since the heyday of John Woo, but at heart it’s a martial arts film showcasing the efficient Indonesian style called silat. The highlight is a two-good-guys-versus-one-bad-guy fight where the villain survives so much punishment it starts to seem like he deserves to win. BT

Aug. 21
A Separation
As Asghar Farhadi’s devastating A Separation unfolds, what looks like a misunderstanding might actually be a lie. Two broken marriages are thwarted by so-called propriety, children and parents are lied to and mistreated in the name of their own protection, and two families inexorably unravel. Farhadi is Iranian, and his film, which deservedly won the Oscar for Best Foreign Language Film, is about the fundamental disconnect between a government and its people. It follows the slow splintering of lives, all brought about by a mistake that maybe, just maybe, could have been avoided with the truth. ML

Aug. 21
Bernie
With Bernie [pictured above], director Richard Linklater has created the most easygoing true-crime/black comedy ever. The movie takes its time with setting and character, introducing us to Carthage, Texas, and assistant mortician/old-lady murderer Bernie Tiede (Jack Black) through interviews with actual Carthage residents who knew the real Bernie. The surprising masterstroke of the film is the casting of Jack Black, who has found the role of his career: an over-the-top personality who seems to have existed in real life just so Jack Black could one day portray him in this movie. KC

Aug. 28
Lonesome
The Criterion Collection adds a rare, seminal piece of film history to their collection with Paul Fejös’ Lonesome. This fascinating love story, made on the cusp of the birth of sound in movies and set on the Fourth of July at Coney Island, is a one-of-a-kind extravaganza. Fejös had the entirety of Universal’s resources at his disposal to create what many consider a symphony of a film. Also part of the package are two additional Fejös films: The Last Performance, starring Conrad Veidt, and a reconstructed version of Broadway, an ode to New York. These features have been rarer than hen’s teeth since their premieres more than 80 years ago, and the disc is packed with a bounty of extras. MS