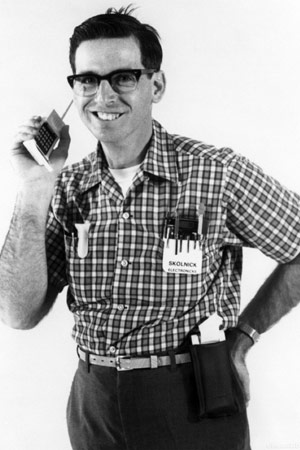 I bet you’re feeling pretty good about yourself, what with society’s near-total acquiescence to your emotionally stunted, morally simplistic brand of entertainment. I bet it feels like everything’s comin’ up nerd. Your empire is expanding; now we have “food nerds” and “craft nerds” and “sports nerds” (and, ahem, “comedy nerds”).

But “nerd” was never meant to be a badge of honor you bestow upon yourself. It’s an insult that others hurl at you for being obsessive and awkward. So I am re-re-appropriating “nerd.”

I get it. You were picked on in high school because of your intelligence, sensitivity and lack of social aptitude. This stunted your emotional development and caused you to fetishize muscular adults in spandex onesies and guns that go pew-pew-pew. Which in turn led to celibacy, neck beards and a diet high in flavor-dusted carbs.

I tried to be understanding, supportive even. I looked the other way when Hollywood resuscitated all your favorite franchises in a cynical, generational cash grab and you practically rolled over and piddled on your belly like an overexcited pup. Then you wouldn’t shut up about these over-hyped cinematic failures, each one worse than the last. I held my tongue—because you got the tattoo and the matching T-shirt, and it would be rude to poke fun.

So you’re an adult who likes books and movies made for adolescents. Big deal—we all have our kinks. But can we stop pretending that you’re still some ragtag group of persecuted rebel misfits? You’re a cult that’s gone mainstream, and like so many other cults throughout history, now you are the mainstream. Your kind runs the government and the Internet and NASA. Face it, you’ve become the Empire.

So now you have to make a choice. I’ll put this in terms you can understand.

Remember how Luke Skywalker huddled for survival in the entrails of a dead Tauntaun on the ice planet Hoth? That’s what you’ve been doing with your morbid devotion to pop culture relics from three decades ago: soaking up the last bit of warmth from your sad, dead childhood.

Only Han Solo isn’t rescuing you this time. You’re on your own, and that’s scary. Planet Adulthood can also be a cold and inhospitable place, but it’s the only place we’ve got. There’s a lot of grownups here working hard to create a world where even maladjusted losers can fit in, provided they can shut up about Boba Fett for five minutes. So climb out of that carcass and clean yourself off, nerd. It is your destiny.