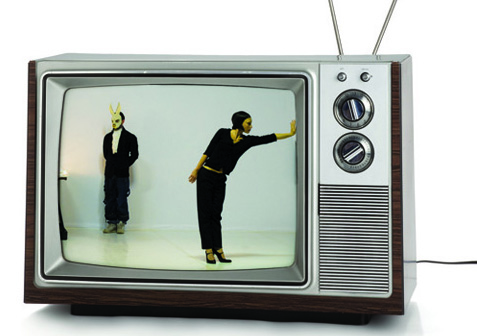 At the center of the main piazza in Verona, Italy, an ancient Roman arena still hosts outdoor operas in the summertime. Inside its stone stadium enormous voices soar above a full orchestra—without microphones. Productions of Aida feature multiple live elephants. The experience is palpable, visceral, physical. The crowd does the wave between acts.

On May 5, Seattle Opera will take its opening night of Madame Butterfly to Key Arena for a different kind of stadium experience: an HD simulcast of the performance happening at nearby McCaw Hall, captured by seven cameras, live-edited like a football game and projected onto a 50-foot by 80-foot screen for an expected crowd of 8,000.

With this free event (yes, free), Seattle Opera joins the country’s growing cluster of symphonies, ballet companies, theatres and opera companies who have simulcast their live performances in movie theatres and sports arenas. The Madame Butterfly simulcast audience will be the largest opera audience ever in Seattle, with the Key Arena and McCaw Hall audiences together totaling more than 10,000.

“It becomes a communal event in the arena, which brings it much closer to the experience you get in the theatre,” says Jonathan Dean, director of public programs and media at Seattle Opera.

Whether on big screens or small, leading performing arts organizations all over the country are embracing video as a way to reach a wider audience, supported by advancements in technology and funders who want to invest in them. Not so long ago, TV versions of stage performances were flat, waxy facsimiles of the real thing. Today, high-definition cameras and projectors make it possible to capture and share more of the live experience—via simulcast, computer, tablet or smartphone.

“People have been incorporating video technology into the performing arts since the ’50s,” says On the Boards artistic director Lane Czaplinski. “But the Internet has allowed us to watch in a different way. We’re more comfortable with it.”

Two years ago, On the Boards launched OntheBoards.tv, an online program that makes high-quality videos of full-length contemporary performances available for purchase, rental or subscription. The program, which cost roughly $1 million to set up, has since filmed around two-dozen stage performances, ranging from dance works by local choreographers to performance art pieces by visiting international artists. According to Czaplinski, viewers tune in from all 50 states and the program now counts 15 universities among its subscribers.

“Access can lead to greater risk-taking because everyone’s on a more equal playing field,” he continues, explaining that video access to live performance creates a challenge for artists to communicate with a potential online audience that’s much bigger and less familiar than the one inside the theatre.

On the Boards is now working with peer organizations in other cities (Portland’s PICA, New York’s PS122, Austin’s Fusebox Festival) to create more video content from their performances.

Czaplinski recently played a performance by French artist Christian Rizzo on his TV at home, via his iPad. “It made me want to go get a better flat screen TV,” he says. “It was just so beautiful, almost like a little moving painting.”

Video will never be a substitute for the complete sensory experience of live performance. But in a culture saturated with media, video can be a vehicle for exposure, an accessible place to start, a way to stay connected. Just as recorded music creates an appetite for concerts, simulcasts and downloads can lure people to the theatre.

Registration for Seattle Opera’s Madame Butterfly simulcast begins April 9 at seattleopera.org/simulcast. For videos from On the Boards, visit OntheBoards.tv.