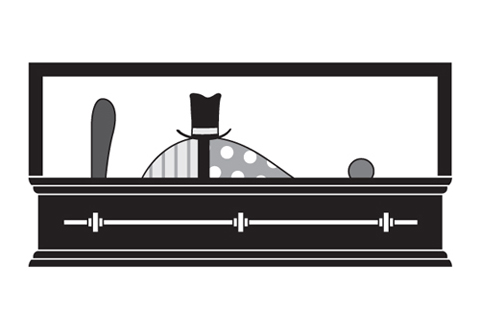 I never thought I’d write a love letter to a sticky-floored, stale beer-smelling, creepy-clown-adorned punk rock dive bar, but hearing that the Funhouse may be demolished to make room for condos breaks my heart.

I’ve been a patron of the Funhouse pretty much since opening night, Halloween, 2003. (By the looks of it, those Halloween decorations are still stuck to the walls.) The Funhouse, and its former incarnation, Zak’s 5th Avenue, has always been one of the best places in Seattle to see local and touring punk bands. And I use the term punk broadly: The music, like the clientele, spans a range of sub-genres, ages and cultures. With shows five nights a week on average, there’s always something worth seeing. The music is well booked, the door charge is always less than $10, and the cocktails are strong. And there’s an outside patio with a basketball court, which is wonderful on warm summer nights.

When I started playing in bands, the Funhouse was one of the first venues to book us. Brian Foss, the Funhouse’s booker and co-owner, is an enthusiastic and avid supporter of local and underrepresented music, always willing to give new musicians a chance. Unlike many other bookers I’ve worked with, Brian is present at the venue all the time—not because he has to be, but because he wants to be. He’s as stoked to see you on a slow, rainy Tuesday as he is on a sold-out Saturday. He pays well, too. Not that the majority of people that play the Funhouse are in it for the money—most have day jobs and play music for the love of it. But bands get paid fairly, which is great if you’re saving up to record an album or rent a tour van. Unless you’re breaking one of their rules—No Bigots, No Racists, No Homophobes, No Sexists—the sound people, bartenders and door staff are always friendly. I’ve never felt more welcome at a place that occasionally smells like urine.

On the morning of March 12, KOMO News ran a story on its website called “Planned development will replace Queen Anne’s Funhouse.” It explains, “Time is limited for the Funhouse, lower Queen Anne’s skull-adorned dive bar, after the city announced a seven-story mixed-use development planned for the site last week.” This was news to me, and, it turns out, to the Funhouse staff. The Funhouse building has been around since the 1940s, when it was called Tex’s. The structure isn’t worth much money—$1,000, according to the King County Department of Assessments. But the property on which it stands is worth more than $1 million, and a buyer is interested. If the land is sold, the Funhouse will be torn down.

Within 24 hours of the story breaking, nearly 1,000 music fans joined a Facebook event page called “Save the Funhouse” and started brainstorming what could be done. Can the building be registered as a cultural landmark? Can supporters attend planning meetings? In the next breath, people shared their favorite Funhouse memories. Remember the time the Spits played among a barrage of bottle rockets? Or when Thee Oh Sees played on the back patio under the basketball hoop? How about that time when the Intelligence singer, Lars Finberg, rode the drummer, Matt Ford, around the stage like a horse?

So a dive punk bar closes. Reminisce and move on. Why should we care? Venues close all the time.

That’s just it: Venues close all the time. The Velvet Elvis, the Sit ’n’ Spin, the Off Ramp, Rock Candy, Healthy Times Fun Club and many more have all shut down in the past decade. Small, community-oriented venues like these are the foundation of any city’s music scene. Every band needs a place to start.

A recent Mayoral campaign was launched under the title “Seattle, City of Music.” It’s true: We have a rich, well-documented musical history, dating back a hundred years. Today, we’re overflowing with creativity and a desire to support the arts. Yet venues, especially smaller, locally owned ones, struggle to stay open.

The Funhouse hosts hundreds of shows each year, supporting thousands of local and touring bands on its stage. It’s a springboard for new and upcoming artists to build followings, a welcoming stop for touring bands visiting the city for the first time, and a home for many in Seattle’s music community. If there’s any way to preserve it, we should.

Rachel Ratner is an on-air host on KEXP, local musician and the founder of the Seattle Band Map.