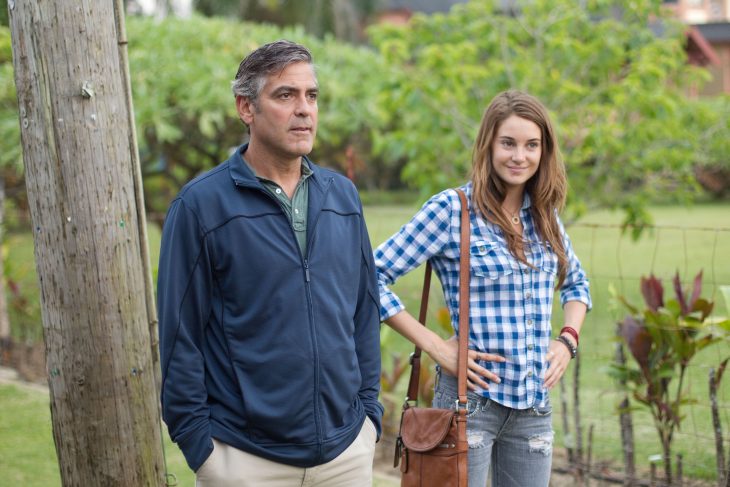 George R. R. Martin has been called the American Tolkien and his book series has been called the major fantasy event of the decade. While epic in scope and full of iconic characters like The Lord Of The Rings, Martin’s books contain much less actual fantasy elements and are vastly more complicated. HBO does an excellent job of paring down the labyrinthine plot and legions of characters to a comprehensible level with little detriment to the source material. Martin’s wonderful characters are fully realized thanks to great performances by Peter Dinklage (Tyrion Lannister), Sean Bean (Ned Stark) and newcomer Maisie Williams (Arya Stark). To try and sum up the story here is impossible; suffice it to say, it’s a story of good versus evil in a world where such distinctions are hard to make. People say it’s “Sopranos with swords”—and that’s not far off. RG

March 13
The Descendants
Early on in Alexander Payne’s latest film, an analogy is made between the Hawaiian Islands and families. The idea is that, like the archipelago state, individuals within a family are separate entities that are linked together and expected to interact as a whole. This concept is central to the film’s plot, which deals with a weary attorney (George Clooney in an excellent low-key performance) whose household dysfunctions are brought to the forefront after his estranged wife is in a boating accident that puts her in a coma. He suddenly finds himself the sole parent to two daughters with whom he has an awkward, distant relationship. (Adding to his dilemmas is an impending real estate deal involving his relatives and a large tract of untouched Hawaiian land.) While Clooney is good in his Oscar-nominated role, it’s Shailene Woodley and Amara Miller, the actresses who play his daughters, who draw you into the film’s emotional core. Payne’s carefully observed approach to genuine human drama and personal pains (all suffered within a perceived paradise) are counterbalanced by the director’s gift for subtle humor. SH

March 20
Carnage
All I knew going into this movie was that it was a Roman Polanski movie called Carnage. Ok, I also knew it was about two sets of parents who meet to discuss a playground bullying incident, so I braced myself for a tense evening. It partly was, but imagine my surprise when I started chuckling—first to relieve the tension and then as I slowly recognized the jokes sprinkled in amidst the raw emotions of four very human characters, played by a stellar ensemble of Jodie Foster, John C. Reilly, Kate Winslet and Christoph Waltz. The way Polanski stages the action, constantly pinging back and forth between each character, is invigorating and makes the 80-minute, single-set piece whiz by. If you’ve been hungry for another stellar Christoph Waltz performance since Inglourious Basterds, this is it. Carnage is the most fun I’ve had with Roman Polanski since The Fearless Vampire Killers.
MS

March 20
Tinker Tailor Soldier Spy
Tomas Alfredson’s adaptation of legendary spy novelist John Le Carre’s dense, serpentine Tinker Tailor Soldier Spy does such a subtly economical job of
paring down the book’s labyrinth of a plot without sacrificing clarity, its characters or its delicate tone that you may just think you’ve witnessed some sort
of magic trick. Gary Oldman leads an incredible cast of British actors in maybe his finest performance ever. ML

March 20
The Muppets
It’s not something I ever thought I’d say: Thank you, Forgetting Sarah Marshall. Because of Jason Segel’s vampire puppet musical in that film,
Hollywood allowed him and Marshall director Nicholas Stoller to resurrect the Muppet theatrical film franchise. If you avoided it for fear it wouldn’t
live up to your lofty, nostalgia-heavy expectations, don’t worry. Segal and Stoller perfectly capture the spirit of the classic Muppet film trilogy (The
Muppet Movie, The Great Muppet Caper and The Muppets Take Manhattan) with numerous celebrity cameos, fourth-wall breakdowns, cheery musical
numbers (featuring original songs by Flight of the Conchords’ Bret McKenzie) and plenty of genuine heart. JK