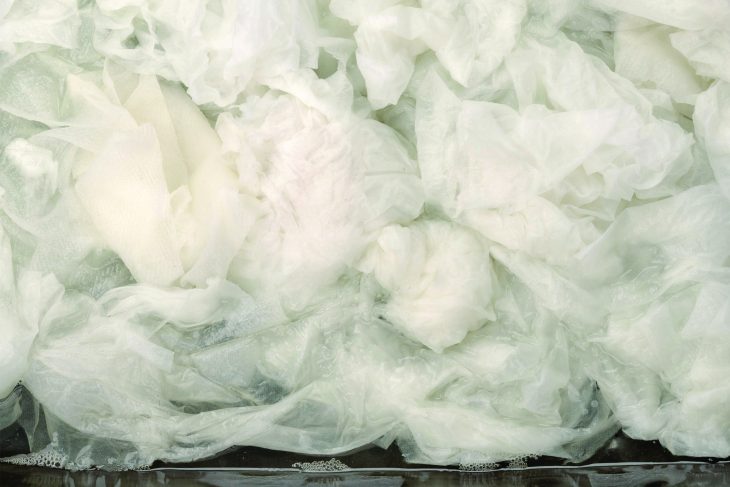 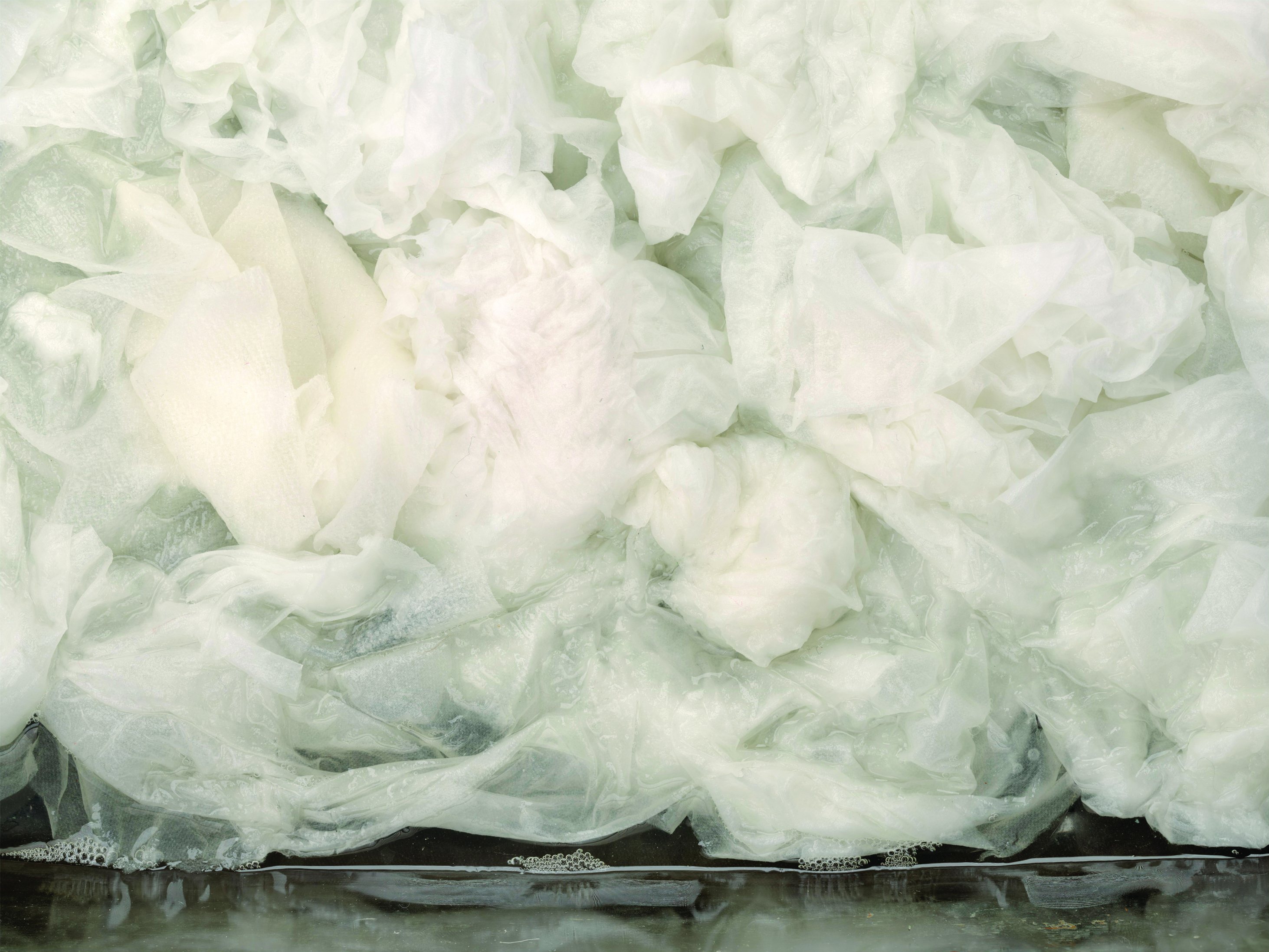 This month, the Frye presents Whidbey Island-raised photographer Isaac Layman in his first solo museum exhibition. A recipient of Seattle Art Museum’s Betty Bowen Award in 2008 and one of the final exhibitors at the visionary Lawrimore Project, Layman created 20 new pieces for this important showing. Most of his images, taken with a hi-res 4×5 camera, are painstakingly created through a process of compounding multiple shots. Paradise may look like a collection of mundane objects, but it addresses nothing less than the meaning of life.

You’ve chosen a light topic. Tell me how ice cube trays, saucepan lids and crumpled fabric factor into the big questions. I respect that those are curious, silly things everyone has in their kitchen. But I don’t laugh about it at all. I’m in a house. I live here. I like to find elements of God in my surroundings. The grand questions and the grand rewards are not in the things, they’re in the looking at the things. You can fluctuate between losing yourself, just focusing on that object and finding it fascinating, or you might understand where you are in your understanding of it. So possibly, looking at it is grounding. The works in the show refer not to the object but to the construction and understanding of it. I think all those questions we’re supposed to grow out of—“Why are we here?” “Are we alone?” “How am I supposed to orient myself?”—they might still have some useful application after your sophomore year of high school.

You said, “Paradise always includes the heartache that came, that had to come, before that imagined perfection.” How do you feel about the notion of a heaven where everything is perfect? It’s totally theoretical. I like to start with something we have or had (paradise), rather than thinking about something we’re promised later. I’m not interested in promised later. I’m concerned with being connected to right now and the place that I live right now. I would love for it to be paradise. It is not. Maybe that’s my fault. So I’m looking around to find bits of that.

Do you always assemble your images from multiple ones? Sometimes I use a single photo. It’s a lot more satisfying and calming to stay in front of a single perspective, whether that’s a picture or a political stance. It’s reassuring, because it creates boundaries and within them there’s a perfect idea. The problem is you then exclude other things to have that distilled perfection. A camera is a great deliverer of a single point perspective, which is seductive. I’m trying to be aware of that seduction. It could lead you to limited ideas—in my case, it would lead to limited application of my efforts to know the world.