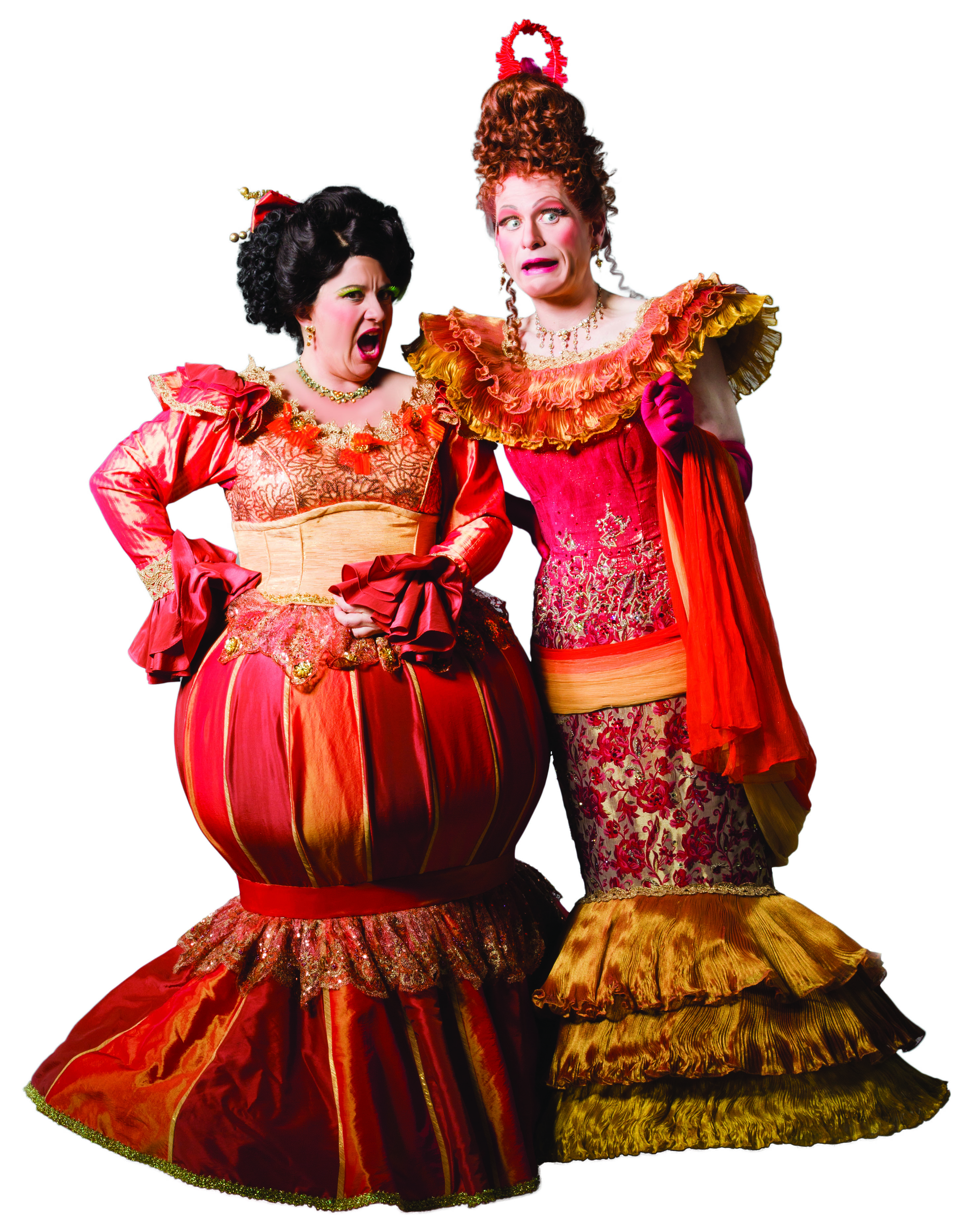 This production isn’t set in a specific time period, so we’ve done away with the Camelot version of Cinderella where everyone is in triangular hats. But we want to pay homage to the old-school golden age of musical theater. It’s lush and fantastical. It’s a big, big, flashy musical.

The show is based on the old Rodgers and Hammerstein movie with Julie Andrews—only it fleshes out the characters a little more. Cinderella is more about empowering herself, as opposed to, “Oh I’m sad. I’m gonna wish really hard for things and then hopefully I’ll have a fairy godmother who’ll come and give it to me.”

It’s what you do to get to your wish that counts. You need to work for it.

It’s the best [rehearsal] room to be in—all these people I’ve watched and admired for years. We have this unofficial rep company in Seattle, a pool of actors who work regularly, so they all know each other well and can pick up where they left off as far as collaboration goes. Especially the stepsisters Sarah [Rudinoff] and Nick [Garrison]. When we cast them, I was like, “They’re hilarious and they’re good friends.” But it didn’t really hit me until we were into rehearsal that they were a true comedic duo as opposed to two funny actors who have never met before.

I love musicals because they’re the epitome of the theatrical. You have every single performing art form at your disposal—dialogue, rhyme, singing, dancing—which makes it difficult because you have to be adept. Musicals are the ultimate way to tell a big story.

My generation grew up on RENT and now Next to Normal is having a huge impact on future musical theater writers, which is an extension of RENT in a way, using popular rock music to tell a story. For 50 years, musical theater was not pop. Now there’s this really great new crop of young writers that are a combination of Stephen Sondheim and rock music. AS TOLD TO LEAH BALTUS

Cinderella plays at the 5th Avenue Theatre through Dec. 31.