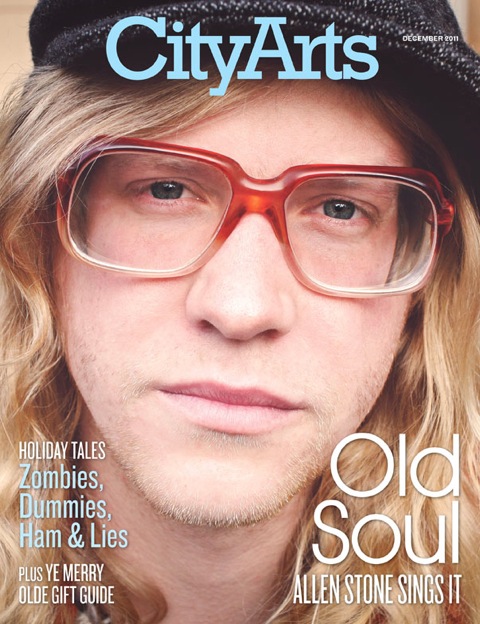 This year at City Arts was full of inspiring stories: Mike Daisey, Shabazz Palaces, the community surrounding Doe Bay Fest, the kids from School of Rock. It was also full of firsts— like a star-studded interview issue and a food issue dedicated to the art of eating. Month after month, we visited with people working at the evolving edges of genre in an ongoing quest to know our creative community.

But something didn’t sit right with me.

As I stepped into this job in February, a women’s literary organization called VIDA had recently released a dramatic report about gender disparity in America’s magazines and journals, revealing far fewer women writers, editors and critics at major publications during 2010. (By most measures women were outnumbered roughly three to one.) Even with that professional bias fresh in my mind, I never expected to find gender disparity looming large in our arts community.

My observations aren’t hard research, but it’s impossible to ignore an obvious trend: As our editorial team hatches each issue, we invariably wind up with an abundant heap of potential male subjects and a much smaller pile of stories about women. I estimate that the balance is no better than five to one.

So I’m psyched when the spotlight swings to a female face, as it did in September when dancer/choreographer Amy O’Neal became the cover girl for our Fall Arts Guide. I’ve admired Amy’s power and determination for years. She’s a woman whose navigation on the gender frontier resonates with people who see her work, take her classes and listen to her talk. I was thrilled to bring her back this month, this time as a columnist speaking her mind about the cultural import of the booty in today’s world (see page 62). Her perspective adds to the mounting chorus of female voices we published in 2011.

The growing presence of women in City Arts is one of many promising signs for 2012, a year loaded with potent politics and creative purpose. Another is Allen Stone (page 28), a sweet, young singer whose unlikely rise from a small Washington town to America’s mainstream proves that our country is hungry for unbridled authenticity.

Bring on the reflections and resolutions. I can’t wait to see what else the new year has in store.

See you out there,
LEAH BALTUS
Editor in Chief